Big defensive tackle Dre'Mont Jones returned an interception thrown right at him 28 yards for one of No. 4 Ohio State's three touchdowns in a four-minute span of the third quarter in a 40-28 victory over No. 15 TCU on Saturday night.

The Buckeyes (3-0), in their last game without suspended coach Urban Meyer on the sideline, finally went ahead to stay with that spurt that started Dwayne Haskins Jr. threw a short pass that Parris Campbell turned into a 63-yard touchdown.

Ohio State still trailed 21-19 after a 2-point try failed, but TCU quarterback Shawn Robinson was under pressure on the ensuing third down when he tried to shovel a pass to his running back -- but instead it went to Jones, the 286-pound tackle who rumbled to the end zone. The next drive for the Horned Frogs (2-1) ended with a blocked punt, and two plays later Haskins threw a 24-yard TD to K.J. Hill. 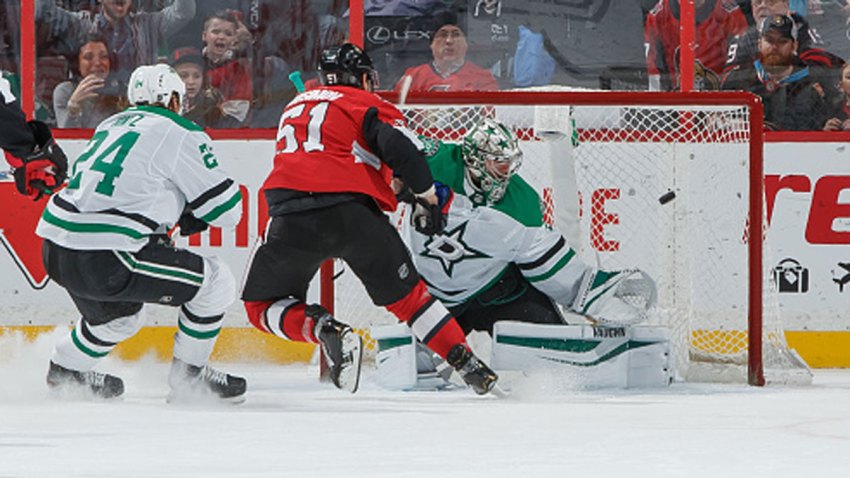 Anisimov Scores in Overtime to Lift Senators Past Stars 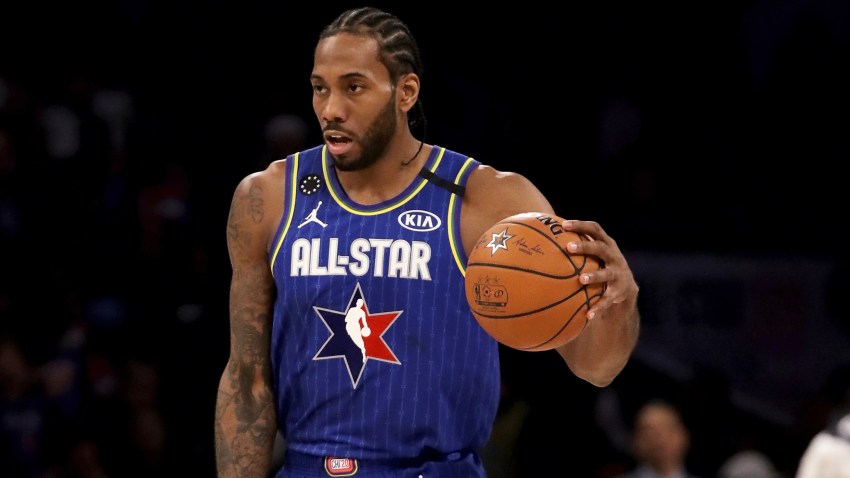 The Buckeyes jumped out to a 10-0 lead after All-America defensive end Nick Bosa's strip-sack in the end zone, a fumble that was recovered by Davon Hamilton for a touchdown.

But Bosa left the game with an apparent left groin injury when rushing after Robinson early in the third quarter. Bosa could be seen pointing at his groin area when sitting on the turf after the play, and went to the locker room with Ohio State down.

By time Bosa got back on the sideline in street clothes late in the third quarter, the Buckeyes were leading for good.

Darius Anderson had two rushing TDs for TCU, including a school record 93-yard sprint that was the longest play from scrimmage ever against the Buckeyes. Anderson added a 16-yard score when he dived to the left pylon to make it 21-13 before Ohio State's quick scoring spurt.

The game was played at the NFL home of the Dallas Cowboys, about 20 miles from the TCU campus -- and where they Buckeyes won the national championship four seasons ago. That was after Ohio State jumped past Big 12 co-champions Baylor and TCU into the fourth and final playoff spot for the inaugural College Football Playoff.

THE TAKEAWAY
Ohio State: The Buckeyes went undefeated without Meyer, who completed his three-game suspension for mismanaging domestic-abuse allegations and other misconduct by former assistant Zach Smith. Ohio State and Haskins, the sophomore quarterback starting his third game, passed their biggest tests. Haskins (24 of 38 for 344 yards and two TDs) was able to withstand the pressure by defensive end Ben Banogu and the Frogs.

TCU: The Horned Frogs overcame some early mistakes, including a holding call that wiped out a touchdown run before a missed field. Except for Robinson's bad throw that Ohio State capitalized on and a late interception, TCU's sophomore quarterback was solid. He finished 24 of 40 for 308 yards and a touchdown.

UP NEXT
Ohio State is back home Saturday to play Tulane in its final game outside of Big Ten play.