Will We Be a Purple State?

Education, health care, transportation funding and the water supply. All are important issues that future elected officials will have to tackle, but which political party will wield the power in Texas in 2020 to make those decisions?

It depends on who you ask.

Republican U.S. Congressman Kay Granger of Fort Worth thinks the Texas delegation in both Washington and Austin will stay in Republican hands.

But Democratic State House Representative Rafael Anchia of Dallas thinks Texas is slowly turning into a blue state, and that Democrats will hold power in Austin before 2020.

"I like to think as Texas a purple state, not a red state." Anchia said. "I think it is entirely possible that you will have a Democratic statewide elected official win this election cycle." Anchia said.

Of the 32 seats Texas has in the U.S. House of Representatives, 20 are controlled by Republicans. Both U.S. Senators from Texas are also members of the GOP. 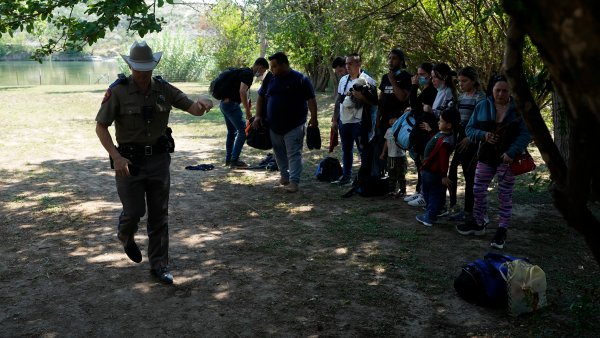 In Austin, 19 of the 31 state senators are Republican, and the GOP holds a narrow lead in the state house.

Anchia said the future for Democrats in Texas looks promising with the influx of Hispanic immigrants, who tend to vote for Democrats.

"If you look at the Democratic side, the Mexican-American legislative caucus, which is 44 strong in the Texas house, there's not one Republican in it." Anchia said. "You don't have to be a rocket scientist and the Latino community is not stupid. They can see that and see important contrasts." Anchia said.

But Congressman Kay Granger doesn't think all the new voters will only cast a vote for Democratic candidates.

"I certainly don't cede Hispanics to Democrats. We have a great deal in common." Granger said. "An amazing number of small businesses are started by Hispanics, and well, those are principals and values that have been Republican for a long long time." Granger said.

Both parties are already jockeying for control on Texas in 2020, and the first big step will take place next year.

Texas' representative districts are supposed to be redrawn in 2011 after the 2010 census. Whichever party has control of Austin in 2011 will control the redistricting process.

"Absent some very partisan redistricting that may happen in 2011, I think the natural trend is for the Texas house to go democratic." Anchia said.

"What we have to do is pay attention to every single race, and we certainly are." Granger said.

Both Granger and Anchia see a bright future for Texas, with their respective parties at the helm in 2020.

"I'm very confident that Democrats will be able to govern and make the tough decisions that are necessary, just like President Obama is now, to lead the way by 2020." Anchia said.