While advocates have made strides in getting Native American symbols and names changed in sports, they say there's still work to do mainly at the high school level

At a mostly white high school near Salt Lake City, the steps leading to the football field are covered in red handprints, arrows and drawings of Native American men in headdresses meant to represent the mascot, the Braves. “Welcome to the Dark Side” and “Fight like a Brave” are scrawled next to images of teepees, a tomahawk and a dream catcher.

While advocates have made strides in getting Native American symbols and names changed in sports, they say there's still work to do mainly at the high school level, where mascots like Braves, Indians, Warriors, Chiefs and Redskins persist. Momentum is building during a nationwide push for racial justice following the death of George Floyd in Minneapolis and the NFL team in Washington dropping the Redskins name.

At Bountiful High School, there's nostalgia for the Braves name that's been used for nearly 70 years and comes with an informal mascot — a student dressed up in feathers. Fans point to tradition when rhythmically extending their forearms for the tomahawk chop, wearing face paint and chanting at football games.

It's an honor, they say, but not to many Native Americans who see the portrayals throughout high school, collegiate and professional sports. The depictions can affect the psyches of younger Native Americans and create the image of a monolith that doesn't exist, advocates say.

“There is no tribe that can make a claim to it,” said James Singer, co-founder of the Utah League of Native American Voters. “Nevertheless, many tribal governments, using their tribal sovereignty, have issued statements saying they don't want these kinds of mascots for school teams.” 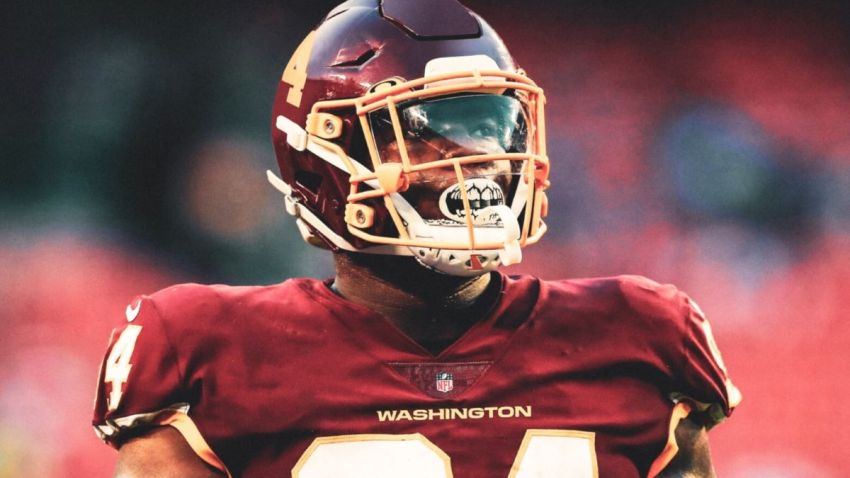 DC's NFL Team Will Go by Washington Football Team for 2020

It's not clear how many high schools have built their sports team imagery around Native Americans, but advocates say it's in the hundreds — down significantly from decades ago.

Schools in Ohio, Michigan, Idaho, New York, Massachusetts and California are changing names, often at the urging of Native Americans. Schools in Tulsa, Oklahoma, and Red Mesa on the Navajo Nation are discussing their Redskins mascots.

“I understand the issue, and then at the same time, you just have to listen to the students who take pride in this but give them the information about why the other side is concerned, too," said Timothy Benally, who's on the Red Mesa Unified School District board in Arizona and is Navajo.

On a practical level, getting rid of a mascot means new uniforms, signs on fields and imagery on merchandise.

Dr. Jason Black, a communication studies professor at the University of North Carolina, Charlotte, who co-wrote “Mascot Nation,” said the changes aren't too costly but finding replacements can take time.

“You’re getting what you pay for, and what you get is respect of human beings and ... rebirth of a community that truly understands how to be responsible with its members,” said Black, who is not Native American. “It is an investment in people, and that’s who matters.”

Washington’s NFL team announced on Monday that they will be changing their team name and logo after corporate sponsors urged them to drop the old name, which is a racist slur.

Only three states have laws either prohibiting or limiting these symbols at public institutions. Maine lawmakers last year banned Native American mascots in public schools. In Oregon, public schools and universities cannot use names, symbols or images that depict Native Americans unless they have an agreement with a local federally recognized tribe. California forbids “Redskins” as a team name or mascot.

Attempts in other states to govern the use of Native American mascots have failed in recent years. At least three — Illinois, Massachusetts and Minnesota — are considering legislation this year, according to the National Conference of State Legislatures.

At the college level, Native American mascots seen as “hostile and abusive” have been banned in championship play since 2005. Some schools, including the University of Utah and Florida State University, have agreements with local tribes to use their names and imagery.

Luke Duncan, a Ute tribal official, recently rebuked calls for the University of Utah to stop using the tribe's name, calling the agreement a “source of pride" for tribal members.

Professional sports teams that have Native American-themed names and mascots increasingly are facing backlash, including baseball's Atlanta Braves and the Super Bowl champion Kansas City Chiefs. The Cleveland Indians baseball team recently said it would talk with Native Americans as it considers a name change.

Last week, the Chicago Blackhawks said hockey fans would be banned from wearing headdresses when home games resume but would keep its name in honor of Black Hawk, a Sac and Fox Nation leader.

At Bountiful High School in Utah, many alumni support the Braves name. Kurt Gentry, who graduated in 1976, said the mascot was treated with “tremendous respect and honor and power" when he was a student.

Endurance athlete and Lakota woman Jordan Daniels breaks down the significance that the NFL team in Washington D.C finally agreed to change its name from a harmful slur.

“There's a lot of misinformation and oversensitivity that is frankly being propagated by those who have zero understanding of the culture,” said Gentry, noting he had a Navajo foster daughter.

Lemiley Lane, who's Navajo, transferred to Bountiful last year as a sophomore and said she was the only Native American student at the school. She was excited for the first assembly but left when she saw the “Brave Man” — a white student wearing a headdress. After that, she skipped school assemblies and sports games.

“I couldn’t stay there because I felt uncomfortable; I felt unwelcome,” Lane said. “I wanted to go home.”

The mascot is no longer allowed at school events, Davis County School District spokesman Chris Williams said. Bountiful's logo was changed in recent years from a Native American man to the letter “B” with a feather or arrow on it, he said.

The fate of the Braves name and logo won't be known before the first football game this month, Williams said.

“They change the logo, but it doesn’t change the culture,” Moore said. “The culture is still racist when you walk up those steps.”