Roughly 25% of the state's power generation is offline due to seasonal maintenance; calls for conservation not yet issued for Wednesday

A day after issuing a call for energy conservation across the state, the Texas Electric Reliability Council did not need to ask Texans to conserve power for a second straight day.

The demand forecast Wednesday morning showed the demand for power may dip into the reserve pool around noon and not fall out of the reserves until after sundown, but additional generation as added throughout the day to keep the operating reserves above 4,000 MW -- meaning there was no call from ERCOT to conserve power.

The peak demand reached Wednesday afternoon topped the actual capacity available earlier in the morning. Had additional generation not been brought online, there would likely have been calls for conservation for a second-straight day.

On Tuesday afternoon, ERCOT issued an alert asking Texans to conserve electricity over concerns there might not be enough power to meet demand -- a situation where controlled outages would once again be necessary to protect the state's power grid.

The call for conservation was requested because 25% of the state's power generators were offline for seasonal maintenance.

Tuesday's call for conservation rattled Texans still stunned by the February power disaster that burst pipes, destroyed homes, and took at least 130 lives. That alert also raised concerns about whether the state's recently unreliable power grid is really ready for summer because it came on a spring day with fairly moderate temperatures. No sizzling triple-digit heat. No winter storm. 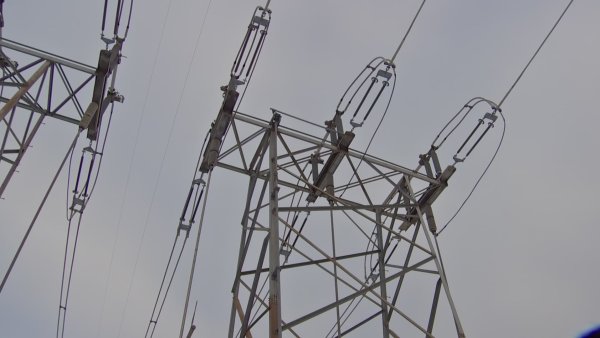 ERCOT insisted they did not expect power outages to be necessary Tuesday and no outages were reported. By 9 p.m. Tuesday, ERCOT ended their call for conservation.

ERCOT said the call for conservation was necessary due to a large number of power plants being down for seasonal maintenance -- something that typically happens in April. ERCOT officials said that about 25% of power generating units are currently undergoing maintenance.

An ERCOT executive defended allowing so many plants to shut down at the same time, saying it's essential that maintenance work be complete before the summer.