Texas Tech Shooting Suspect Did Not Use Police Gun: Official

Hollis Daniels, who police said shot and killed a Texas Tech officer, was indicted for possession of a stolen firearm

The 19-year-old Texas Tech University student charged with murder in the death of a campus police officer Monday did not use a police gun in the shooting, an official said.

A Texas Tech spokesman confirmed Wednesday that Hollis Daniels did not use a gun from the police department when he shot and killed Officer Floyd East Jr. That same day, Daniels was federally indicted for possession of a stolen firearm.

Monday evening, officers received complaints about a student acting erratically and possibly having a weapon. East conducted a student welfare check and found evidence of drugs and drug paraphernalia in Daniels' room. 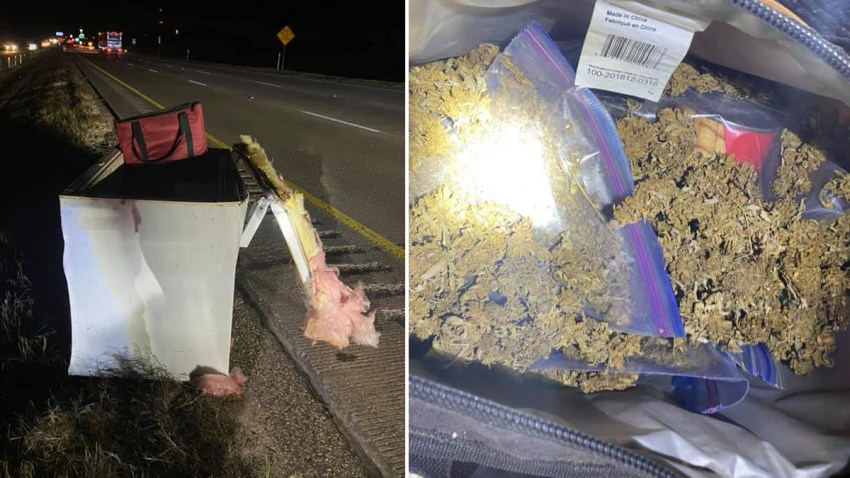 Police Discover Bags of Marijuana in Refridgerator Dropped Along Interstate

Daniels was taken to the police station where he later "pulled out a gun," fatally shot East and fled, the school said.

Daniels wasn't handcuffed while East was processing his paperwork, according to police. Another officer left the room and then heard a loud bang. When he returned, he found East mortally wounded and Daniels gone. East's body camera was also missing, but his service weapon was still holstered.

Daniels was arrested after a short campus-wide lockdown and search.

In an affidavit released Tuesday, Det. Thomas Bonds of the Lubbock city police department said Daniels confessed to killing East after his recapture Monday night, telling detectives he had done "something illogical" and that "he was the one that shot their friend."

Daniels, who is from the San Antonio suburb of Seguin, is also charged with capital murder of a peace officer and is being held in the Lubbock County jail on a $5 million bond. Online jail records don't indicate whether he has an attorney who can speak on his behalf.