Trick-Or-Treat Forecast, What to Expect and When

Rain expected Halloween night, may diminish through the evening 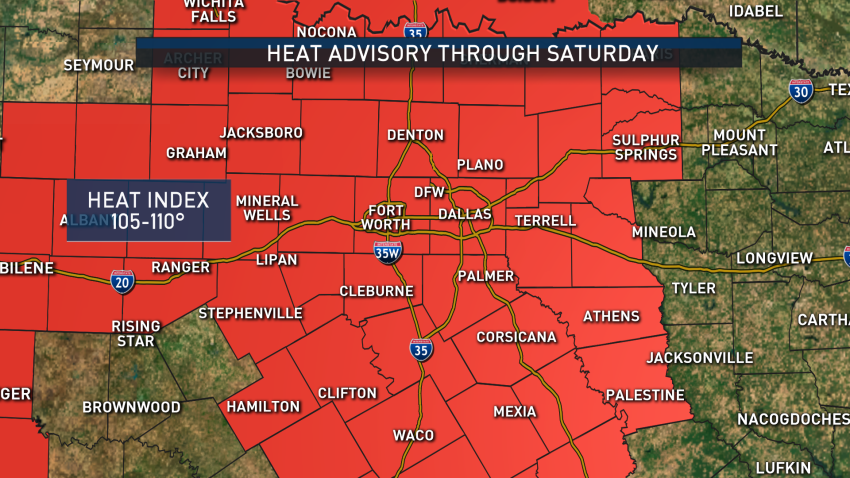 NBC 5 Forecast: A Heat Advisory Through at Least Saturday

Rain and chilly air is in the Metroplex forecast during the early part of the prime trick-or-treating hours of 6 p.m. to 9 p.m. Thanks to a cold front, the air Tuesday afternoon will not only be chilly but could be quite wet.

Mother Nature has a few tricks in store for trick-or-treaters tonight.

Mitchell said Tuesday afternoon that he does not expect the rain to be a wash-out and that those going out to trick-or-treat after 6:30 or 7 p.m. may stay mostly dry as the rain continues to march east.

The air, having been cooled by the rain, will be chilly. Rain or cold weather gear doesn't have to be a damper on a costume however. You could dress as someone who carries an umbrella, such as Willy Wonka or Mary Poppins, or as someone who wears a big coat, like Inspector Gadget or a fireman. Maybe the Gorton's fisherman? What about Aquaman?

Of course, you could also embrace the rain and go as a storm cloud, a rainbow or even as a TV meteorologist/storm chaser.

Moms and dads, if you're driving home to escort superheroes through the neighborhood you may want to give yourself a little more time to get home. Mix the possibility of inclement weather with more people expected to be on the road early and you have a recipe for a longer commute.

The rain and cooler air won't last long, however. On Wednesday, the temperature is expected climb back to 74 degrees and nearly 90 on Thursday. Another cold front early next week will bring the high temperatures back into the 60s and another chance for rain.

Above: A view of Fort Worth from The Stayton at Museum Way. Below, Dallas from Lake Cliff Tower.