Severe Weather Moves Out of Metroplex

The National Weather Service confirms an EF-0 tornado touched down in the Fannin County city of Honey Grove.

Strong thunderstorms with hail the size of golf balls moved through Dallas-Fort Worth area on Thursday night, clearing out by about midnight. 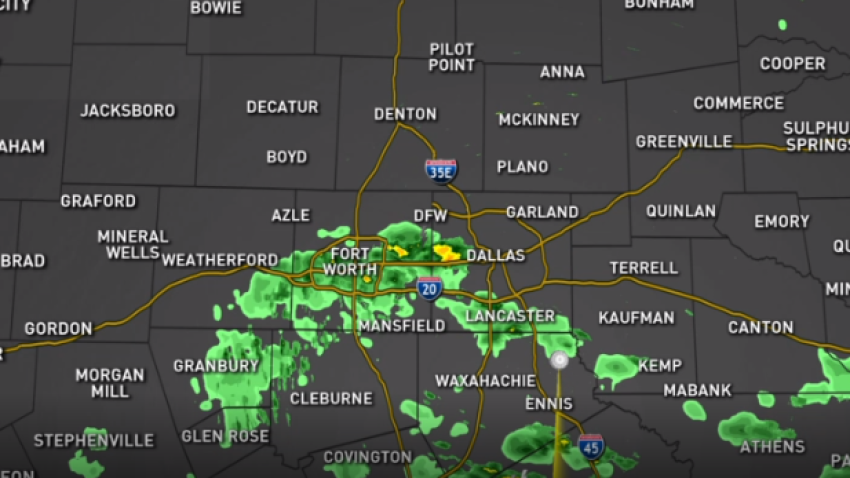 Wind gusts of up to 80 mph were reported in Garland. The National Weather Service received reports of large hail and winds of around 70 mph in the northern suburbs of Dallas and Fort Worth. At least two homes in Honey Grove, about 70 miles northeast of Dallas, suffered storm damage.

No further severe weather is expected in the Metroplex now that those storms have left the area.

The southern end of the storm line also produced strong winds and hail in Ellis and Hill counties.

Crews from Oncor continued to work Friday to restore electricity to 30,000  customers who lost power in the bad weather. The utility reported most of the outages were in the Dallas-Fort Worth area and were wind-related.