North Texans faced wet roads on the Thursday morning commute after a round of overnight storms brought heavy downpours and lightning.

A Tornado Watch issued through 4 a.m. Thursday for parts of North Texas was allowed to expire as storms moved east and diminished in severity.

Thunderstorms will end from west to east with a few lingering showers through late morning.

Clear skies will follow later this afternoon as dry air settles in behind a cold front.

Some Storms Wednesday Were Severe

The first round of thunderstorms started moving through just after 5 p.m. Wednesday, packing hail and heavy rain and vivid lightning.

North Texans in several cities like Haslet, Roanoke, Saginaw and North Fort Worth reported hail from pea-sized to larger than golf balls.

Several tornado warnings were issued during the night, but no touchdowns were confirmed in the Dallas-Fort Worth area.

There were no immediate reports of damage or injuries.

Video taken near Hamilton, about 100 miles southwest of Fort Worth, shows what appears to be a brief tornado touching down Wednesday evening. There were no immediate reports of damage or injuries. Video courtesy: Metro

Dry and mild weather is expected Friday through the weekend with highs in the 70s Friday and Sunday, with low 80s possible Saturday. 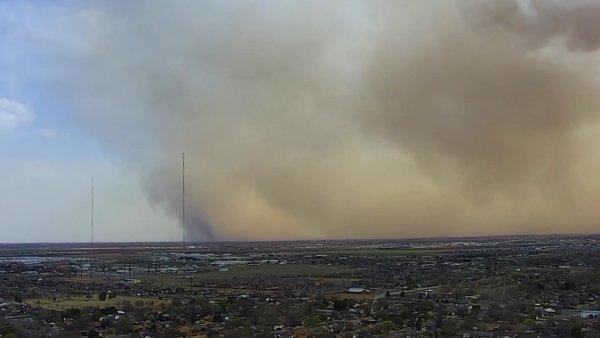 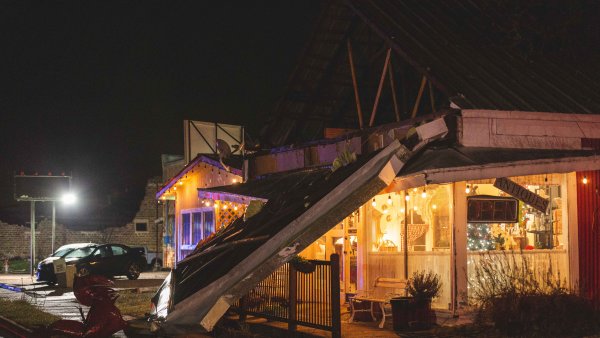