Fire crews had to take cover from a possible tornado as they battled a large fire at a wood pallet facility late Monday in Johnson County.

Alvarado Fire Captain Brad Hargrove said several crews were working the fire in the 2400 block of Luisa Lane when the storm hit, forcing them to take shelter.

"We look up and it's coming right over the top of us," Hargrove said. "We did see it. The debris field was hitting our apparatus, and I made the command to make sure all of our staff retreated into their apparatus and we rode it out on the scene."

Fire crews had to take cover from a possible tornado as they battled a large fire at a wood pallet facility late Monday in Johnson County.

"It was the most eventful command that I ever rode out in 24 years," Hargrove said.

No one was hurt and crews went back to work battling the fire once the storm passed.

The fire, fueled by piles of wood pallets, burned through the overnight hours and will likely continue burning for three or four days, a fire official told NBC 5 News. The flames are contained to the site and no nearby buildings are threatened. 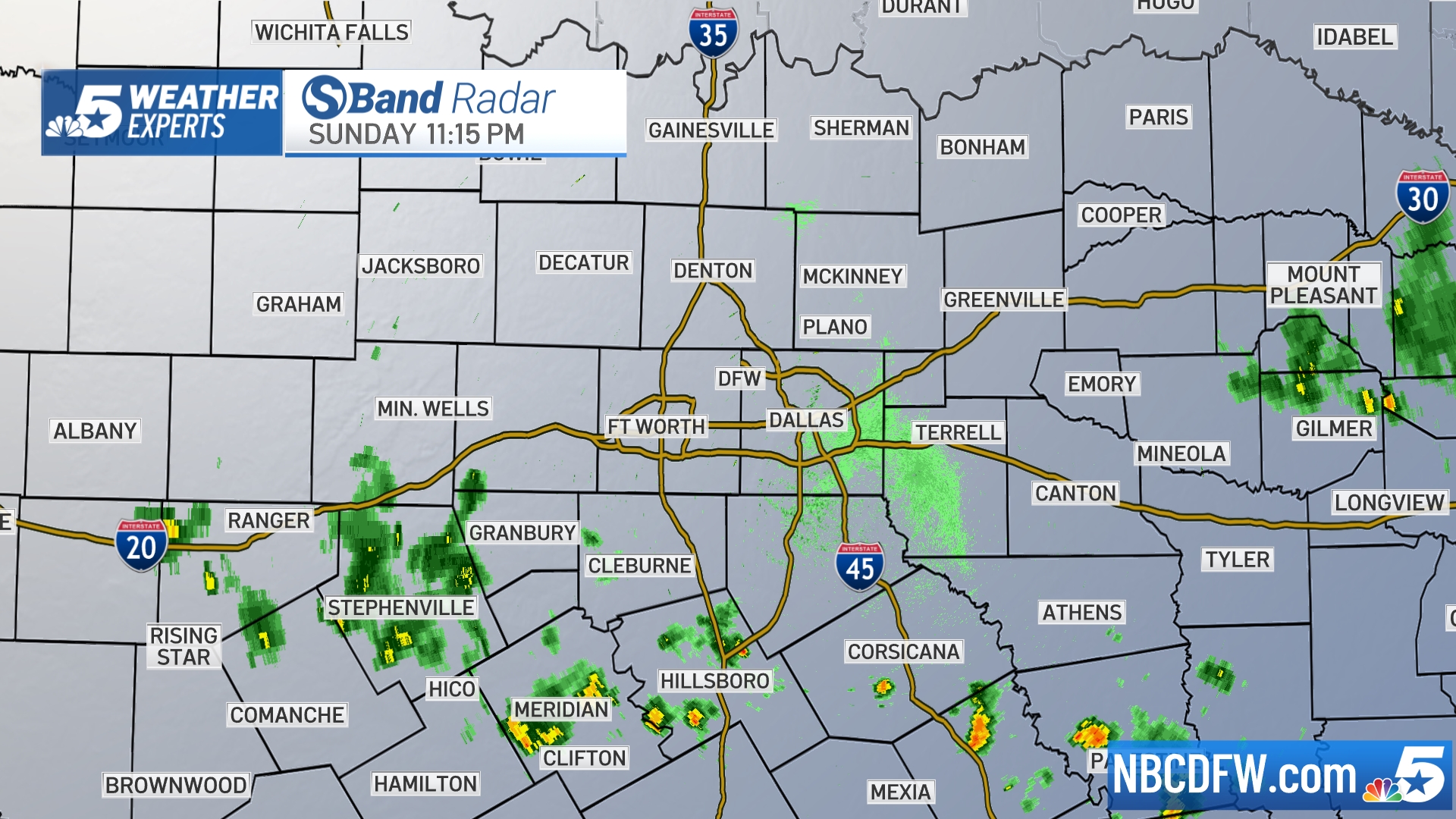 Crews believe the fire was ignited by lightning at about 10:30 p.m. but the cause has not yet been confirmed.

More than a dozen fire agencies responded to the fire, though a majority of the crews were released was the fire was allowed to burn out.

Alvarado is among the areas where the National Weather Service will survey storm damage Tuesday.

The TCEQ has visited the site to monitor air quality.