Abbott: Time to Prepare for Cristobal Is Now as Tropical Gains Steam

Cristobal, which regained strength Friday afternoon as a tropical storm, is accelerating into the Gulf of Mexico and has the potential to impact parts of Texas as it gains more strength.

Abbott said Friday that at the very least Texas should expect a very heavy rain event but that more will be learned in the coming days as the storm churns north across the warm gulf waters.

The governor said Friday that the National Guard, DPS, Task Force 1&2 and the Forest Service are all making preparations to assist in evacuations, rescue efforts and other eventualities that may crop up as the storm makes landfall. 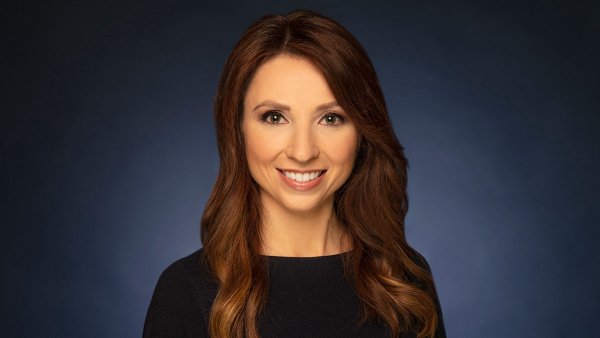 Abbott said those along the eastern Gulf Coast and in the area where heavy rain is forecast should be making preparations now for what to do should evacuations be necessary. The governor recommended local leaders forgo traditional evacuation plans that include convention halls and stadiums in favor of hotel rooms and other smaller, more isolated solutions that allow families to remain socially distant from each other due to the ongoing coronavirus pandemic.

According to the National Hurricane Center, as of 1 p.m. Friday Cristobal has once again reached tropical storm force while inland over the Yucatan Peninsula. Sustained winds were over 40 mph. Cristobal was moving to the north at 12 mph.

Damaging and deadly flooding has already been occurring in portions of Mexico and Central America. Cristobal is expected to produce additional extreme rainfall amounts through the end of the week. The heaviest rainfall is expected over southern Mexico and portions of the Yucatan. Life-threatening storm surge is possible along the Florida Big Bend, in portions of southeastern Louisiana and along the Mississippi coast over the next 48 hours.

There is an increased risk of tropical-storm-force winds beginning Sunday from Intracoastal City, Louisiana to the Alabama/Florida border, including metropolitan New Orleans. A Tropical Storm Watch has been issued for this area.

Heavy rainfall will spread onto portions of the Gulf Coast from east Texas to Florida this weekend into early next week, with areas of flash flooding and rapid rises on smaller streams and rivers possible.

Once back over water, Cristobal could continue to intensify as it churns toward the Gulf Coast. Cristobal is then expected to track northward toward the Louisiana coast and intensify further this weekend. A combination of dry air and increased wind shear will limit just how strong Cristobal can intensify. On this course, the strengthening tropical storm will bring the northern Gulf Coast and western sections of the Deep South heavy rainfall, potentially life-threatening storm surge and localized strong or perhaps damaging winds Sunday into early Monday.

There is the potential for isolated tornadoes to the east and north of where Cristobal makes landfall late Sunday and Sunday evening. Onshore winds over the west coast of Florida will cause an increase in coastal flooding starting as early as Saturday. All residents and interests from along the upper Texas coast eastward along and near the coast of Louisiana to the western-most part of the Florida Panhandle should closely monitor the movement of this tropical cyclone. People in parts of this coastal area might need to take action including enacting their hurricane plan late this week and this coming weekend.

Heavy rain will continue to diminish over the Yucatan Peninsula and Central America through the day Friday and Friday night as Cristobal tracks northward. The heavy rainfall will cause life-threatening flash flooding and higher-terrain mudslides.

Elsewhere in the basin, there are no other organized tropical systems and none are expected to develop through the end of the week and probably through at least early next week.