The National Oceanic and Atmospheric Administration (NOAA) has a group of scientists who fly into hurricanes and other tropical systems to gather data: the Hurricane Hunters.

One of the hunters noted in a tweet that the storm was “both organized yet disorganized compared to some of its more powerful kin.”

While flights into hurricanes to gather meteorological data and observations are common today, nearly eighty years ago it was not.

The first time an aircraft was intentionally flown into a hurricane wasn’t even to investigate hurricanes, it was over a bet. 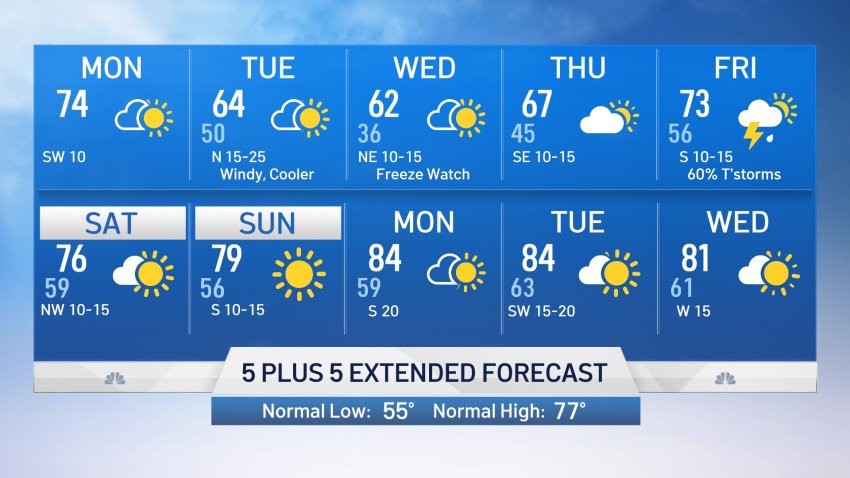 Sunny And Mild Before a Strong Cold Front Tuesday 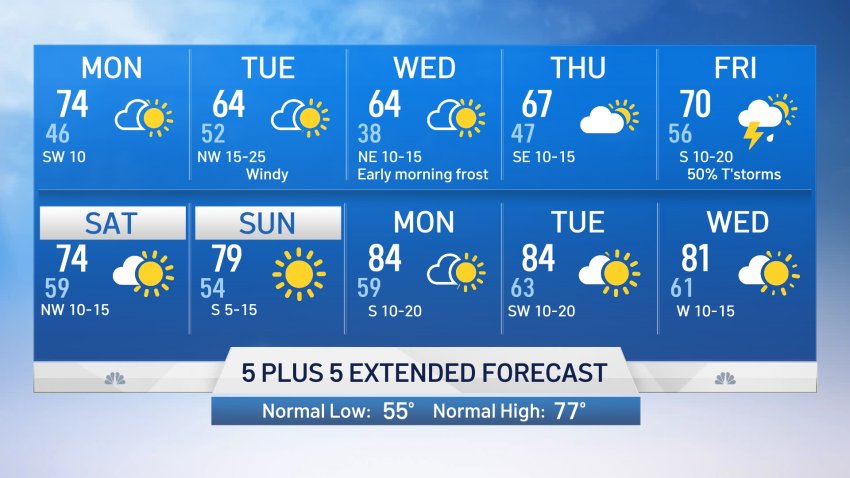 During WWII, British pilots were being Instrument flight trained in Bryan, Texas by Colonel Joe Duckworth with AT-6 “Texan” planes. The British felt these aircraft were inferior to other training aircraft the US had to offer and would give their instructors a hard time over the fragility of the planes.

In preparation for a hurricane coming ashore near Galveston, the AT-6s would be flown off base for safety on July 27, 1943. The British went to Col. Duckworth and again joked about the training aircraft, so Col. Duckworth made them a bet. He would fly the AT-6 into the hurricane and back, proving the value of the aircraft and Instrument flight.

Joined by Lieutenant Ralph O'Hair, Col. Duckworth decided not to seek permission for the flight, fearing it wouldn’t be approved. By the time the two were approaching the hurricane, it had come ashore. Flying more than 4,000 feet in the sky, they flew through rain, turbulent air, and darkness before reaching the eye of the hurricane.

Suddenly in bright sky surrounded by dark clouds, O’Hair and Duckworth could see straight down to the Texas countryside and estimated the eye was about ten miles across.

When Lt. O’Hair and Col. Duckworth returned to Bryan Field, weather officer, Lieutenant William Jones-Burdick asked to be flown into the eye of the hurricane to take notes. After the second flight, Col. Duckworth had surely won the bet, but more significantly, became to first hurricane hunter.

Today, NOAA’s Hurricane Hunters regularly fly into hurricanes and other tropical systems to gather data for meteorologists and help improve our understanding of tropical storm systems.