The Smithsonian Institution’s traveling exhibition is on view at the African American Museum, Dallas through Sept. 12

Men of Change: Power. Triumph. Truth poses a provocative question at the exhibition’s entrance: “Have you seen them?” Now on view through Sept. 12 at the African American Museum, Dallas at Fair Park, the exhibition offers a broader perspective of African American men, using art to celebrate their influence on the American cultural landscape.

Men of Change highlights the contributions of African-American men who have become icons in the worlds of politics, sports, science, entertainment, and religion.

“The exhibition is about the contributions that have not been acknowledged by our culture as representative of the Black community,” Collins said.

The original circular design of the Smithsonian Institution's traveling exhibition proved problematic for the museum.

“When I read the requirements for this exhibition, I said, ‘This will never fit in the galleries,’” Collins said. “That’s when I had to turn things around to see if we could get it reconstructed.” 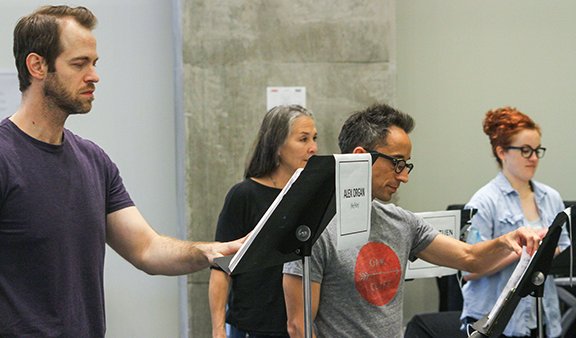 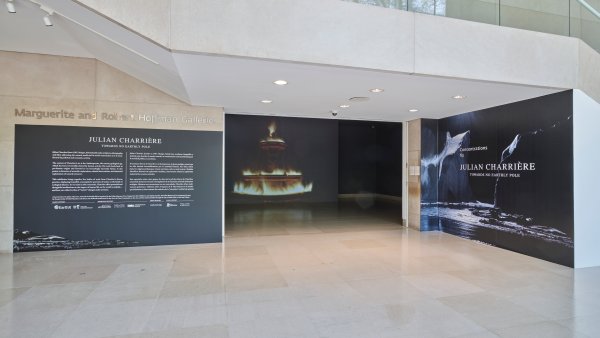 Visitors wander through the museum’s multiple galleries, reading biographies and viewing the original artwork created specifically for the exhibition. Artists selected which man they wanted to portray.

The exhibition mirrors Collins’ concern about the portrayal of African-American men in the media when he was the museum’s chief curator several years ago.

“I realized every morning I picked up the newspaper, there was something in the newspaper about some young black man that had been killed or something that had happened to him, all the negative things,” Collins said. “I hadn’t seen any of the things in the paper about the good things these men were doing.”

In response, Collins developed an exhibition program for young African-American studio art students who showed exceptional promise. The hope was to give these artists experience and exposure to help launch their careers.

Robert Pruitt was one of the young artists who benefited from Collins’ program. Pruitt returns to the museum in this exhibition, contributing Monumental. Honoring Ta-Nehisi Coates, the author, and journalist who has reported extensively about African Americans and white supremacy, the painting is inspired by Coates’ 2014 essay for Atlantic Monthly, “The Case for Reparations.”

The painting features a woman dressed in clothing evocative of American Antebellum fashion. Her head is covered by a colorful map, referencing the redlining maps used in discriminatory housing practices.

A pair of oversized hands represents a celebrity. “That’s the artist’s portrait of LeBron James: his big hands,” Collins said.

Artist Shaun Leonardo is not celebrating James’ athletic prowess. Leonardo captures LeBron’s hands during a speech he was giving at the opening of his school, representing LeBron’s engagement in the community.

Charles Bolden, Jr., a former astronaut who flew on four Space Shuttle missions, is depicted in vibrant colors. A jar full of locusts is part of the representation of playwright August Wilson. John H. Johnson is surrounded by covers of his groundbreaking magazine, Ebony.