Ahead of the historic launch, NASA and SpaceX welcome guests with STEM activities, capsule simulators and more

Before veteran NASA astronauts Doug Hurley and Bob Behnken make history riding SpaceX's Falcon 9 rocket and Dragon capsule to the International Space Station on a test flight, NASA is inviting members of the public to participate in the #LaunchAmerica mission.

Wednesday's launch was scrubbed due to weather and is now scheduled for Saturday at about 3:22 p.m. The crew will return to quarantine and the fuel will be drained from the rocket. 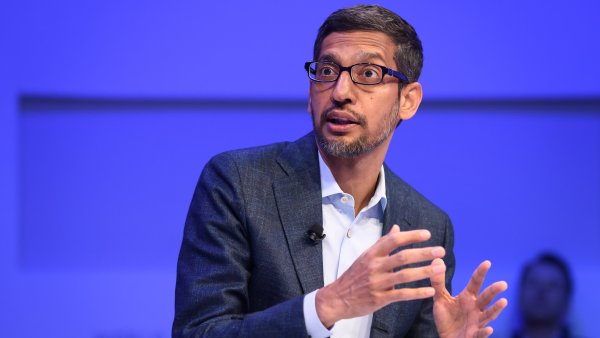 Four AGs Sue Google for Allegedly Tracking You Without Permission The #LaunchAmerica mission will send the American astronauts to the ISS, on an American rocket launched from American soil as part of the agency's Commercial Crew Program.

The launch is the first time astronauts will have blasted off from the U.S. in nine years and the first time they're being carried aloft by a private company.

The Dragon capsule is expected to dock with the ISS a day after launch; they'll open the hatch to the space station about two hours later.

To help commemorate the historic moment, NASA has added to its website a STEM launch kit with activities for kids grades K-4 and for grades 5-12. There are virtual bulletin board kits, A-Z activity sheets and even bookmarks that can be printed out. Check them all out here. NASA has more STEM activities available here.

Think you have what it takes to be a space pilot? SpaceX has added a simulator where you can pilot the capsule and attempt to dock with the ISS. It's much more difficult than you might think, even for adults.

"This certification and regular operation of Crew Dragon will enable NASA to continue the important research and technology investigations taking place onboard the station, which benefits people on Earth and lays the groundwork for future exploration of the Moon and Mars starting with the agency’s Artemis program," NASA said on its website.

Artemis is the agency's plan to land a woman and man on the moon by 2024. Artemis is the twin sister of Apollo, the project name for the original moon landings done in the 1960s and 1970s.