It’s hard not to notice the colorful steps leading up to the Perot Museum of Nature and Science in Dallas- “GIANT STEPS – Celebrating Extraordinary Achievements of African-American Leaders in STEM”. The display will be up through Memorial Day and was designed by Daniel Gunn, an artist and architect living in Dallas.

Gunn was the winner is a contest put on by the Perot Museum and African American Museum in Dallas, announced in mid January, 2021. The contest called for entries to create a vibrantly colored, eye-catching design that celebrates African-American leaders in science – from history and modern day – who have made significant contributions to STEM (science, technology, engineering and math).

Gunn chose to portray past and present African-American leaders in STEM who have accomplished amazing feats in their respective fields, he also featured two less obvious leaders.

Improving STEM education is a priority, especially among African American students. According to The White House Initiative on Educational Excellence for African Americans, America will need to add 1 million more STEM professionals to meet workforce needs by 2022. African American youth are the least likely racial group to enter technology fields- stated by the U.S. Department of Labor.

NBC5’s commitment to education and finding solutions to the critical shortage of Science, Technology, Engineering and Mathematics (STEM) skills in the American workforce. 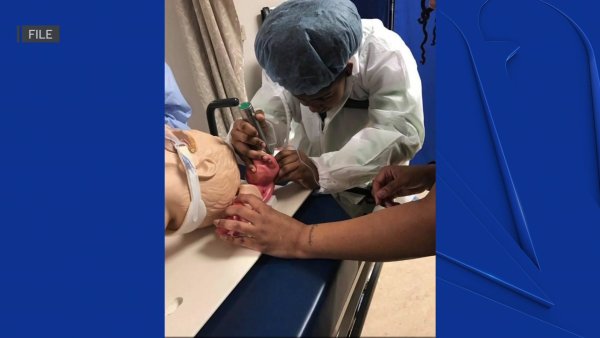 Samantha Davies talked to Gunn and asked his advice on getting children interested in STEM education. The two talk about how Gunn got interested in STEM from a young age and he shares tips for parents. He also shares a personal story on being one of the few African Americans in his field.

For more information about The Perot Museum of Nature and Science, visit www.perotmuseum.org.