So far, more than 84,000 tickets have been sold for the New Year's Day event as the Dallas Stars play the Nashville Predators

The new year will bring thousands of hockey fans into Dallas' Fair Park as the city hosts the outdoor Winter Classic for the first time.

The 2020 Bridgestone Winter Classic will be held at the Cotton Bowl Stadium in Fair Park where the Dallas Stars will take on the Nashville Predators.

Welcome to a Texas-sized NHL Winter Classic. The annual showcase is going to be one big outdoor game when the Dallas Stars host the Nashville Predators at the historic Cotton Bowl Stadium on Wednesday — even without “Big Tex” booming out the customary “Howdy, folks!” that visitors to the State Fair of Texas hear each fall.

Steve Mayer, Chief Content Officer at the National Hockey League, said more than 84,000 tickets have been sold so far.

“This is our Super Bowl. Nothing bigger, nothing grander,” Mayer said. “We hope we can only do this area justice. Texas hockey is for real. What this organization – the Dallas Stars -- has done in the past 25 years is quite incredible.”

Hosting an event of this size takes a lot of work. Constructing an NHL-caliber ice rink outdoors at a facility designed for a sport other than hockey is a unique challenge, according to NHL officials.

An outdoor rink requires up to two inches of ice thickness to help withstand the more extreme elements. For finishing touches, the ice surface is whitened using roughly 350 gallons of water-soluble paint.

Once constructed, monitoring the status of the ice is a 24-hour job.

“There’s still some staging and graphics to be done, but we’re on pace. We’re right where we need to be for when the world is watching next week,” Mayer said.

Of the 84,000-plus tickets sold, at least 20,000 seats will be filled by Nashville fans – which Mayer said is ‘unprecedented’ for an away team. 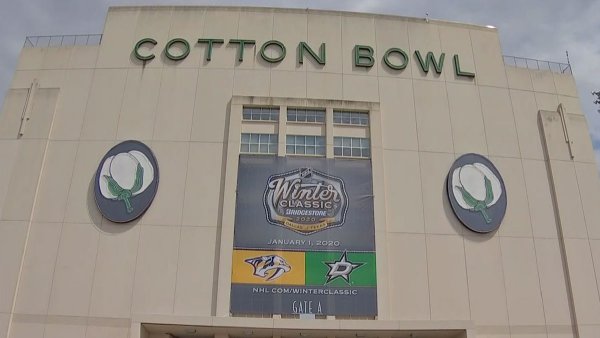 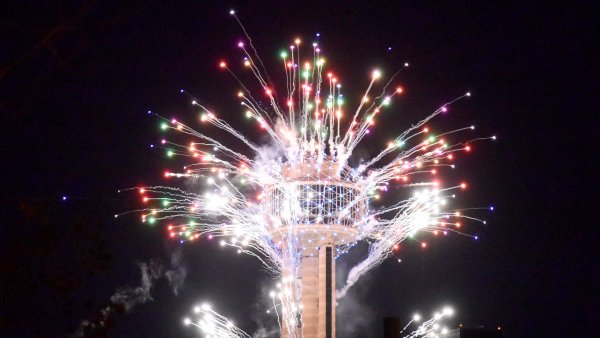 Monica Paul, executive director of the Dallas Sports Commission, said the game is projected to bring in more than $30 million for the city of Dallas.

“[We’re] anticipating 20,000 people coming in just from Predators fans alone -- staying in our hotels, eating in our restaurants,” Paul said. “We’re hoping they’re coming into our town a few days earlier to enjoy our city.”

Aside from the immediate economic impact, Mayer said the event could possibly open up a new world of fandom in Dallas.

“It does help when the home team wins and we haven’t written a script for this one but you’re still going to see how when we leave, people are still talking about the Winter Classic for – not only months but years after we’ve left the building,” he explained.

As of right now, this event is on track to be the second-most attended outdoor game in NHL history. The game is set for Jan. 1, 2020 at 1 p.m., Central time. As of Friday night, NBC 5's Team of Weather Experts expects a low of 38 degrees New Year's Day and a high of 56.