Gabby Thomas could be sprinting toward a title she never imagined: World’s Fastest Epidemiologist.

World’s Fastest Woman is a possibility, too.

The newly crowned American 200-meter champion, who majored in neurobiology at Harvard, is currently working on a master’s degree in epidemiology/health care management at the University of Texas.

First, though, the Tokyo Olympics. At the track and field trials Saturday night, Thomas finished the 200 meters in 21.61 seconds.

It doesn’t take an Ivy League education to recognize that’s fast. Her time broke not only the meet record held by her idol, Allyson Felix, but also made her the second-fastest woman ever in the event, trailing only two times posted by the late Florence Griffith Joyner.

All of which is coming as a blur to Thomas.

“I blacked out during that race,” the 24-year-old said with a laugh. “I know beforehand I wanted to focus on accelerating through the first 100 and keep the momentum — come off the turn feeling really good.” 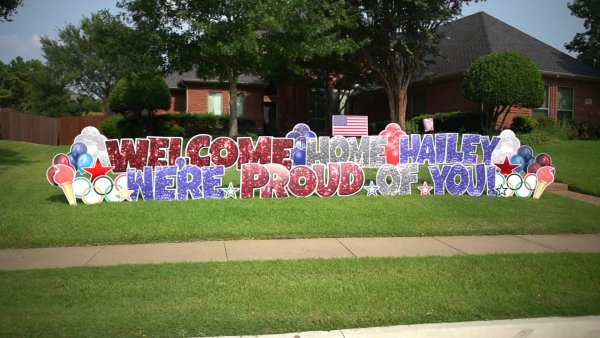 She followed that plan to perfection.

It’s hard to blame her for not seeing this coming. The former NCAA indoor champion had a health scare just before the trials and wondered if she would even run at all. She was dealing with a hamstring injury and had it checked out. Doctors ordered an MRI on her lower back, where they discovered what turned out to be a benign tumor in her liver.

“At first I wasn’t too worried about it, but the more I kept talking to doctors they kept saying cancer,” Thomas recounted. “Fortunately, they found out it was benign just a couple of days before I left. I remember telling God that if I am healthy, I am winning trials.”

Now, her road to a possible gold medal could also be combined with a quest for a record that has long been out of reach. Flo-Jo’s world record is 21.34. She also ran 21.56 on her way to gold 33 years ago, at the 1988 Seoul Olympics.

“I am still in shock. I can’t believe I put up that time,” Thomas said. “Definitely has changed how I view myself as a runner.”

For fueling her track passion, she can thank Felix, the five-time Olympian who was a lane over from her in the 200 final. (Felix finished fifth.)

Thomas is from Florence, Massachusetts. Once, when she was at her grandmother’s home, her mother suggested she put the Olympic trials on TV to watch Felix run.

“She saw someone who reminded her of me,” Thomas said. “That’s the person who has been in the back of my head for so many years.”

Felix gave her a shoutout.

“I think it was amazing,” said Felix, who qualified for Tokyo in the 400 meters. “She has been getting better and better every single round.”

“Her humility and grace and how good she is at what she does, she’s really the one that has been inspiring,” Thomas said. “To be on team with her makes me want to cry.”

Thomas has been building toward this sort of success for a while. She won the 2018 NCAA 200-meter indoor championship while running for Harvard. She rewrote the school’s record book, too, setting top marks in everything from the 60 to 300 meters.

After graduating from Harvard and turning pro, she moved to Austin, Texas, to work with the “Bailey Bunch.” It’s a group led by Tonja Buford-Bailey, a bronze 400-meter hurdles medalist at the 1996 Atlanta Games, and features the likes of Morolake Akinosun, who won a gold medal in 2016 as part of the 4x100 relay team.

“I was pretty much OK with going anywhere where people would push me to run fast,” Thomas said.

At some point, Thomas plans to finish her epidemiology degree — a useful topic as the world deals with the COVID-19 pandemic. Her goal is to one day work in health care.

Her timing for that endeavor, though, may have just changed.

“Now I’m just going to have to map out a different trajectory for my life,” she said. “My dream was to make the Olympic team, not to even win the Olymptrials — not even to break the meet record. Now that I’ve accomplished those as well, I’m just going to set higher goals and I’m excited about that.”