Swan Song? Biles Gearing Up for One More Olympic Ride

Simone Biles hops up in a chair and lets out a small sigh.

“Only 12 more weeks,” the greatest gymnast of her generation and any other says with a hint of wistfulness.

Not 12 weeks until the Tokyo Olympics begin. But until they’re over. 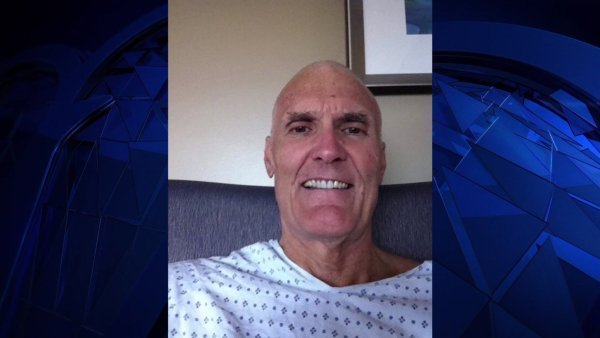 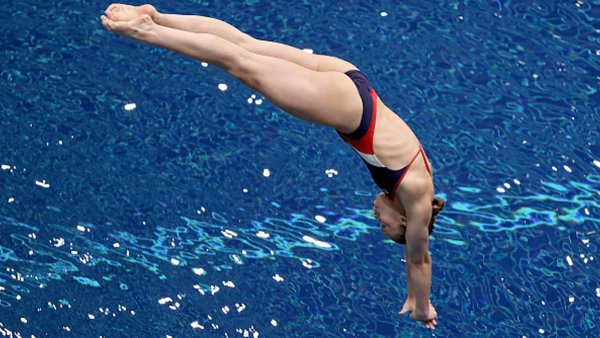 Don’t misunderstand. This summer, the 24-year-old has every intention on becoming the first woman to repeat as Olympic champion in more than a half-century. To drag, push and pull her sport into the future. To use her ever-expanding platform to advocate for real, substantive change within USA Gymnastics as it tries to emerge from the rubble of the Larry Nassar sexual abuse scandal.

Still. Biles is tired. The five years since her glorious star turn in Rio de Janeiro — when she won four gold medals and five in all — have taken a toll. On her mind. On her spirit. And definitely on her big toes, which remain in her words “shattered.”

She needs a break. Probably an extended one. Maybe a permanent one.

“She’s ready for the next phase,” said Cecile Landi, who along with husband Laurent has served as Biles’ coach since the fall of 2017.

Biles will walk onto the competition floor for the first time in more than 18 months on Saturday night at the US Classic in Indianapolis. The meet marks the start of a frantic stretch in which Biles will stand at the center of a white-hot spotlight of her own creation not only as the face of gymnastics but the entire U.S. Olympic movement and perhaps the Tokyo Games themselves.

Yes, that’s her megawatt smile featured at the end of nearly every NBC Olympic promo. The image and the ubiquity of it initially caught her off guard. Scared her even. Not anymore.

Maybe because she treats it as part of the outside noise she’s done her best to mute.

She didn’t ask to be immersed in three different social movements at once. It happened anyway. Three years ago she came forward as one of the hundreds of young women abused by Nassar — a longtime USA Gymnastics team doctor — under the guise of medical treatment. As a prominent Black athlete, she’s found herself trying to find a way to use her platform to speak out against social injustice. As a female, she’s become increasingly focused on aligning herself with entities that make empowering other women a priority, one of the driving forces behind her decision to recently leave Nike for Athleta.

“It’s kind of scary sometimes having that power placed into my hands because I didn’t ask for it,” she said. “So I’m also getting used to that and I have to be careful about what I say because I know the impact that I can have.”

It takes discipline. There are times she finds herself with her phone in her hands, her emotions running high and an off-the-cuff message typed out.

Thank God for the delete button.

“Because since I’m very blunt, I have to put it in a way that is going to make it seem not as harsh,” Biles said.

Whatever emerges, she stressed, has to remain authentic. Yes, she’s aware she’s become in some ways a brand. Yet there remains something refreshingly unassuming about her worldview, even if it comes at a cost.

So Biles does her best to lead by example, an influencer in the original sense. That includes trying to nudge the sport she’s dedicated her life to into a new, more balanced era.

Biles is one of a select few still competing who are holdovers from the reign of former national team coordinator Martha Karolyi. The rigid and occasionally abrasive Karolyi oversaw USA Gymnastics’ ascendance into a global power, a rise in which the athletes were largely powerless soldiers. The system predicated on silence and obedience paved the way for prodigies like Biles to become champions. It also allowed Nassar’s predatory behavior to run unchecked.

USA Gymnastics is still trying to find a way forward, with more than a little prodding from Biles. She expressed frustration in 2018 at having to train on the Karolyi Ranch, the site of some of Nassar’s abuses. Shortly thereafter, USA Gymnastics backed out of an agreement to take over the facility. Later that year Biles chastised then-president Kerry Perry for her ineffectiveness. A month later Perry stepped down under pressure. Perry’s successor, Mary Bono, lasted less than a week after Biles questioned an Instagram post in which Bono took issue with Black athletes who chose to protest police brutality by kneeling during the national anthem.

While Li Li Leung’s arrival in the spring of 2019 has provided some stability, Biles will go to work for a national governing body for which her feelings remain complex.

“It’s hard,” she said. “Especially when you have so many pent-up emotions about it because of what I’ve been through. ... I block it out, go out there represent the gym, represent the country. It’s the last thing on my mind.”

The first thing on her mind? Doing what she does better than anyone else on the planet.

Biles hasn’t spent the last five years coasting. She’s spent it pushing herself and gymnastics to places it once seemed impossible to go. She has turned the sport’s Code of Points into her own personal keepsake. She has elements named after her on multiple events, with perhaps another on vault in the offing.

Which really was the point of the whole thing. Why she opted — on her own terms, she insists — to return to the gym in late 2017. Why she stuck around for a full year after the 2020 Olympics were postponed by the COVID-19 pandemic.

It’s in a leotard with the world watching where she’s most comfortable. Doing the things only she can do, awing her peers while trying to silence her inner critic in the process.

Still, she knows she can’t just go out there and “just” win. She’s done that for the last eight years. She needs to put on spectacle much as Michael Phelps and Usain Bolt did during their unparalleled Olympic careers.

In some ways, Biles understands she’s a victim of her own brilliance. At the same time, ask her which medal from Rio means the most and she brings up the bronze she won on balance beam when she reached down to grab the 4-inch slab of wood in the middle of her routine, a rare miscue that cost her a shot at gold.

Still, there’s a reason the couches in her office at the sprawling World Champions Centre in the northern Houston suburbs are gold, after all.

“I want to do this and nobody is forcing me,” she said. “Now, it’s just for myself.”

Enjoy the show. However long it lasts.