Grief Counselor to Sha'Carri Richardson: 'This event does not define you.'

Richardson took responsibility for her actions and explained she took the drug to cope with her mother’s sudden death.

“I can’t hide myself so at least in some type of way. I was just trying to hide my pain,” she said on The Today Show.

This means she cannot run in the Olympic 100 meter race.

However, there is still the possibility Richardson could run in the 4x100 meter relay if Team USA. names her to the team.

The race is set to take place after the 30-day suspension concludes.

Dallas’ superstar sprinter is asking for empathy from her country tonight.

“I know what I did. I know what I’m supposed to do, what I’m allowed, not allowed to do and I still made the decision,” she said. “Don’t judge me because I am human. I’m you. I just happen to run a little faster.”

Richardson said she used the drug to cope with learning of her mother’s passing.

She said she was especially impacted because she found out about the loss during an interview with a reporter.

“That sent me in a state of mind of emotional panic,” Richardson said.

The 21-year-old’s admission gained a lot of praise and support across the nation, including from a crisis leadership expert.

“I think it was handled with a high level of integrity and I feel that taking responsibility for one’s actions, the consuming public by in large will be very forgiving and understanding,” said Rob Weinhold, chief executive at Fallston Group. “There are some people who would be rather defiant. They would be defensive, and they would come up with every reason in the world why the test may not have been accurate and so on and so forth. I don’t see that to be the case here. I find a very authentic person who’s taking responsibility for a very difficult situation in her life and promises to do better. And I think we all need to take a step back, understand it and cheer her on.” 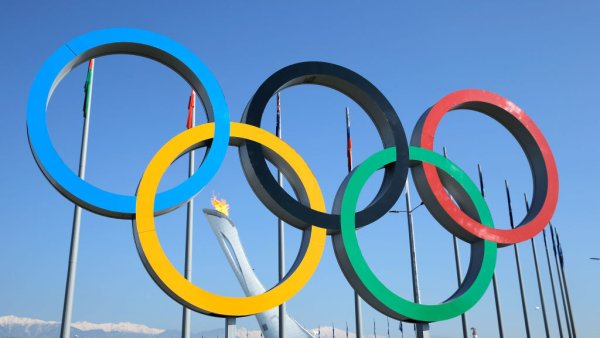 Olympics are Harder on Marijuana Than Pro Sports 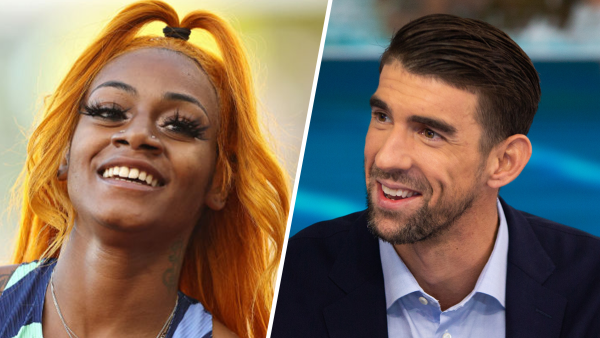 Doctor John Michels played in the NFL and is an interventional pain management physician.

“As athletes, we do have real feelings and you have to learn how to be mentally tough,” Michels said.

Michels is a Super Bowl champion who said he has felt and seen the pressures athletes face from the public.

“If you make a mistake, if you have a holding penalty, everyone is quick to jump on you and you have to develop thick skin in order to deal with that," he said. "But the amount of pressure you feel, I’ve played with athletes before who before every game actually got nauseated."

Richardson’s suspension has reignited the debate over whether marijuana should continue to be considered a performance enhancer.

“This would be an entirely different conversation had Sha’Carri gone to a bar and had a couple of drinks to deal with the anxiety,” Michels said. “We wouldn’t even be having this conversation right now.”

Crisis management experts are praising Sha’Carri Richardson’s handling of an Olympic suspension due to testing positive for chemicals found in marijuana, while fellow athletes who understand the pressure question the penalty.

The doctor added that research shows the drug may actually negatively affect an athlete’s performance.

“It actually impairs coordination,” he said. “If anything, I would think it’s a performance detractor.”

Michels said Richardson’s age should also be considered because of “the incredible amount of stress on a 21-year-old athlete thrust upon a world stage and to have the expectations of an entire country on her shoulders.”

Grief counselor Veronic Sites said the fact that Richardson learned of her mother’s death from a reporter could be very damaging internally, calling it a traumatic incident that likely sent Richardson into a "72-hour survival mode."

“One of the things I caution individuals, when you are having with a life-altering circumstance, the last thing you don’t want to is to make a choice of self-medication which can contribute to complications down the road,” she said. “Self-medication is to ease pain by your own choice and method right now, but it’s doing it without thinking through ramifications.”

Sites urged Richardson to lean on her inner circle to recover from both life-altering incidents.

The public should be cautious not to pass judgment, she added.

“I would tell her, 'This event does not define you. It never will. And you are the person of integrity, honest enough to continue to step up and do the next right thing. It’s within you to do it,'" Sites said.

NBC 5 reached out to Richardson’s track coach at Carter High School in Dallas.

"To be quite frank, it's sometimes uncomfortable because, you have to think, you have a stranger in your home standing next to you in the bathroom," Patton said.

Patton said he supports drug testing athletes but questions whether Richardson should be disqualified because of the banned substance.

"It's not a performance-enhancing drug," Patton said.

Patton says the rules need to be reviewed.

Arlington native and NFL player Myles Garrett tweeted: "What's really crazy is this probably won't even be a issue by the next olympics…"