Sprinter Sha’Carri Richardson wowed the world during her the U.S. Olympic trials.

Considered the fastest woman in America, Richardson will compete for gold in the women’s 100 meters in the Tokyo Olympics.

But before she became an Olympian, the Dallas native competed for Carter High School.

“I immediately knew she was talented,” Carter High School track coach and assistant athletic coordinator Lauren Cross said. “She was self-motivated. She was disciplined and she liked to work hard.”

Cross was beginning her first year of coaching at Carter when she met Richardson the summer before her freshman year. 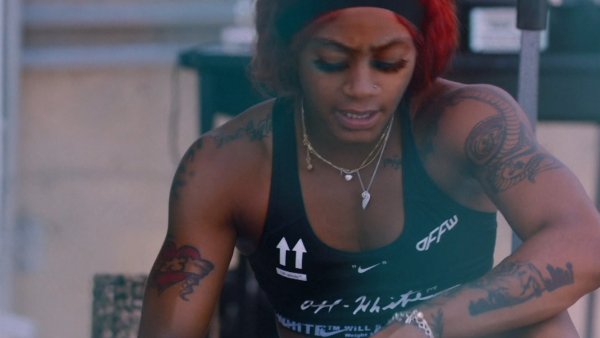 Sha'Carri Richardson Explains Why She Has a Dragon Tattoo

Cross coached Richardson to multiple wins on the track and said even after attending LSU and running on a world stage, Richardson still represents Carter High School.

“I’m just so proud of Sha’Carri,” Cross said. “It doesn’t matter where you come from or what your situation is as long as you stay focused, you can achieve your goals.”

Cross traveled to Eugene, Oregon for the Olympic trials and was in the stands when the world was introduced to the bold, brash sprinter who is unafraid to be herself.

“For everything that she’s been through she knows that hard work is what gets you there,” Cross said. “She’s expressing herself. Saying, ‘I’m going to be myself. Because if I’m not myself then I’m just being someone else.' And, I think her confidence is just allowing other girls to say, ‘If she can do it, so can I.'"

“She’s teaching me that no matter what you have going on to keep running, keeping going hard, so I really appreciate that about her, I really do,” Clayton said.

Incoming Carter High School junior Jadia Slack said she hoped to follow Richardson and get a scholarship to LSU.

The current track and field team believes Richardson is sending a message to the world about what young women from Carter High School can achieve.