Jimbo Fisher wasn't wearing a white hat when he arrived at Texas A&M on Monday, no signs of a swashbuckling, down-home savior for program desperate to compete with the best in the Southeastern Conference.

But the West Virginia native made sure to profess his love of all things country when he was introduced as the new coach at an event that started with the school's signature greeting of "howdy," and ended with him being given a pair of custom, A&M-embroidered Lucchese cowboy boots.

"I'm a tobacco chewer and I wear my boots and I shoot my guns and I throw my fishing rod," he said before lamenting that he probably shouldn't admit all that. "And I grew up on horses."

That spiel is sure to ingratiate him with Aggies fans for now. But in order to stay in their good graces he'll be expected to bring this school its first national title since 1939.

"Gone are the days when we settle for a good football team," said John Sharp, the chancellor of the Texas A&M system. "We expect to compete soon for championships."

The Aggies signed Fisher to a 10-year, $75 million contract to lure him away from Florida State, a place where he captured the 2013 national title and won three Atlantic Coast Conference championships in eight seasons.

He was asked if he believe the Aggies, who haven't reached double-digit wins since 2012, could compete for a national title in the near future. 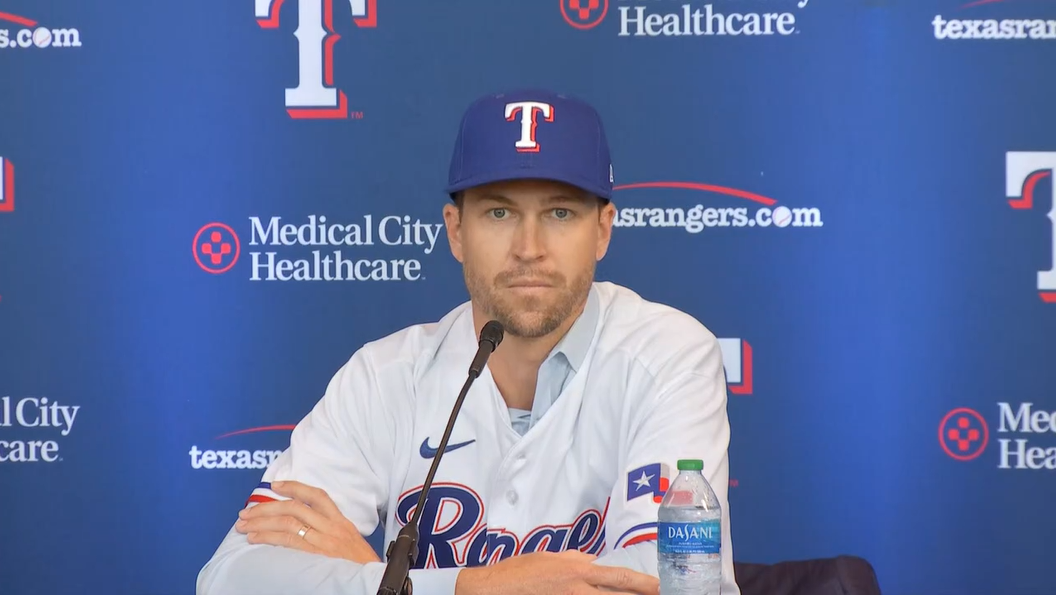 "I definitely do or I wouldn't be here," he said. "We have to get there. And we have to prepare the players for that situation so when it's there they can take advantage of that situation."

Fisher takes over for Kevin Sumlin, who was fired Nov. 26 after the Aggies finished the regular season 7-5 and 4-4 in the SEC. The 53-year-old Sumlin, who went 51-26 and led the Aggies to a bowl game in each of his six seasons, is still owed $10 million for the remaining two years on his contract.

Fisher said he had no intention of ever leaving Florida State until Texas A&M athletic director Scott Woodward contacted his agent last week, and he admitted that he probably wouldn't have taken the job if not for him. The two worked together 17 years ago at LSU and maintained a close relationship. He was interested in what his old friend had to say.

Woodward raved about Fisher's credentials as a coach and seemed almost giddy that he'd managed to get him to College Station.

"He is the right coach at the right time for Texas A&M, and I am confident that the opportunity for greatness is right around the corner," Woodward said.

Fisher went 83-23 with the Seminoles and won four Atlantic Division titles as well as his three conference titles and the national championship. Now he'll transition to the SEC, considered by most to be college football's most powerful league. He's no stranger to the conference after working as an assistant at both Auburn and LSU before moving on to Florida State.

A reporter playfully asked him why he'd want to go to a league where he'll have to play SEC West foe Alabama every year. He reminisced on his time working as Nick Saban's offensive coordinator at LSU from 2000-04.

"I played with him every day," he said. "He was on defense. I was on offense. We went at it every day. Now I only got to do it once a year."

It's rare for a head coach to leave the school where he won an Associated Press national title to go straight to another college job. Fisher is only the fourth to do it and the first since Johnny Majors went from Pittsburgh to Tennessee in 1977.

So what was Fisher's motivation for leaving a place where he'd had so much success for the unknown?

"If you quit taking challenges then you need to get out of the business," he said. "We're always searching for that challenge and for that thing that motivates and drives you and keeps you going in every way shape and form. You want to take a challenge in which the people behind you are as committed as you are and I believe they are here."