Ben Roethlisberger threw for 226 yards and two touchdowns, and the Pittsburgh Steelers clinched a first-round playoff bye with a 34-6 win over the Houston Texans on Monday.

Roethlisberger threw passes to six players as Pittsburgh (12-3) romped over the lowly Texans (4-11) despite missing NFL leading receiver Antonio Brown, who sat out with a calf injury.

The Steelers led 20-0 at halftime after taking advantage of two turnovers by the Texans. Le'Veon Bell added a 10-yard TD run late in the third quarter and rookie JuJu Smith-Schuster made it 34-6 with an 18-yard touchdown grab in the fourth.

‘The Eyes of Texas,' Rangers Spring Training and College Baseball Is Back 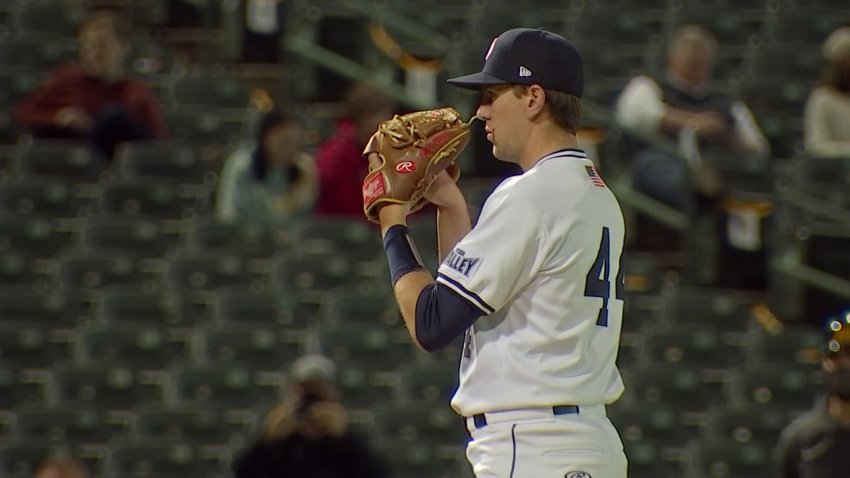 Bell finished with 14 carries for 69 yards and Smith-Schuster had six receptions for 75 yards.

T.J. Yates was 7 of 16 for 83 yards and a touchdown for the Texans, who lost their fifth straight game and for the eighth time in nine games. Yates made his second straight start since Tom Savage sustained a concussion. Yates left the game briefly on Monday to be evaluated for a concussion, and his replacement, Taylor Heinicke, sustained a concussion on his only full possession.

Roethlisberger was replaced by backup Landry Jones with about six minutes remaining and the game well in hand.

The Steelers hurried and harassed Yates all day with Mike Hilton leading the way with three sacks and three quarterback hits, Cameron Heyward adding two and forcing a fumble.

The Texans couldn't do much right on a day their home stadium was overtaken by vocal Steelers fans waving their Terrible Towels. One of the few highlights came on an acrobatic 3-yard touchdown reception by DeAndre Hopkins in the fourth quarter. Hopkins deflected the ball with his right hand, reeled it in with his left and got both feet down before falling out of bounds for his NFL-best 13th touchdown reception.

The Steelers took a 10-0 lead when Roethlisberger connected with Justin Hunter on a 5-yard touchdown pass in the first quarter.

Alfred Blue had a 48-yard run on the first play of the second quarter to get the Texans to the Pittsburgh 18-yard line. The Texans got to the 1 on second down later in that drive, but couldn't do anything on the next two plays before Yates was intercepted in the end zone.

Pittsburgh added a touchdown on a 1-yard run by Roosevelt Nix on the ensuing possession. Heyward sacked Yates three plays later and caused a fumble recovered by Bud Dupree to give the Steelers the ball right back.

Pittsburgh added a 36-yard field goal on the next drive to push the lead to 20-0.

Yates was sacked again on Houston's next possession and injured on the play. He left the game to be evaluated for a concussion, forcing the Texans to play Heinicke.

Heinicke finished that possession and remained in the game for the first drive of the third quarter while Yates was being evaluated. But Heinicke took a hard hit on a sack on the last play of that drive and had to be evaluated for a concussion, too.

J.J. Watt didn't get to play on Monday as he recovers from a broken leg, but spent some time pregame with his brother, Pittsburgh rookie linebacker T.J. Watt. Houston's defensive end threw the ball around with T.J. and the brothers also posed for some pictures with their parents before the game.

Steelers: Host the Browns on Sunday.