The new uniforms are a return to the team's roots, re-establishing black as a primary jersey color as it was during the team's first 20 years in Dallas

The release of the Blackout alternate jerseys, announced in partnership with adidas Hockey, marks the first time since 2006 that the franchise will enter the season with three uniform options.

The new uniforms are a return to the team's roots, re-establishing black as a primary jersey color as it was during the team's first 20 years in Dallas. The jerseys also feature a new color, Skyline Green, inspired by the Dallas skyline.

The Blackout alternate jersey will be on sale at The Hangar locations in Frisco and Victory Park on Thursday 9 a.m. as well as on Hangarhockey.com.

"The jersey design committee was tasked with finding a way to incorporate the heart of the city of Dallas and the spirit of Texas into a uniform," Alberts said. "Today is an exciting day as we have worked hard over the last two years at creating a third jersey that will make our fanbase proud, and with the help of adidas Hockey, we feel like the Blackout third jersey will do just that. The Dallas skyline is iconic and introducing Skyline Green into our uniforms is a vibrant reminder our great city."

The State of Texas mark, which has been used on the team's pants since 2013-14, will be used on the crest of the jersey for the first time. 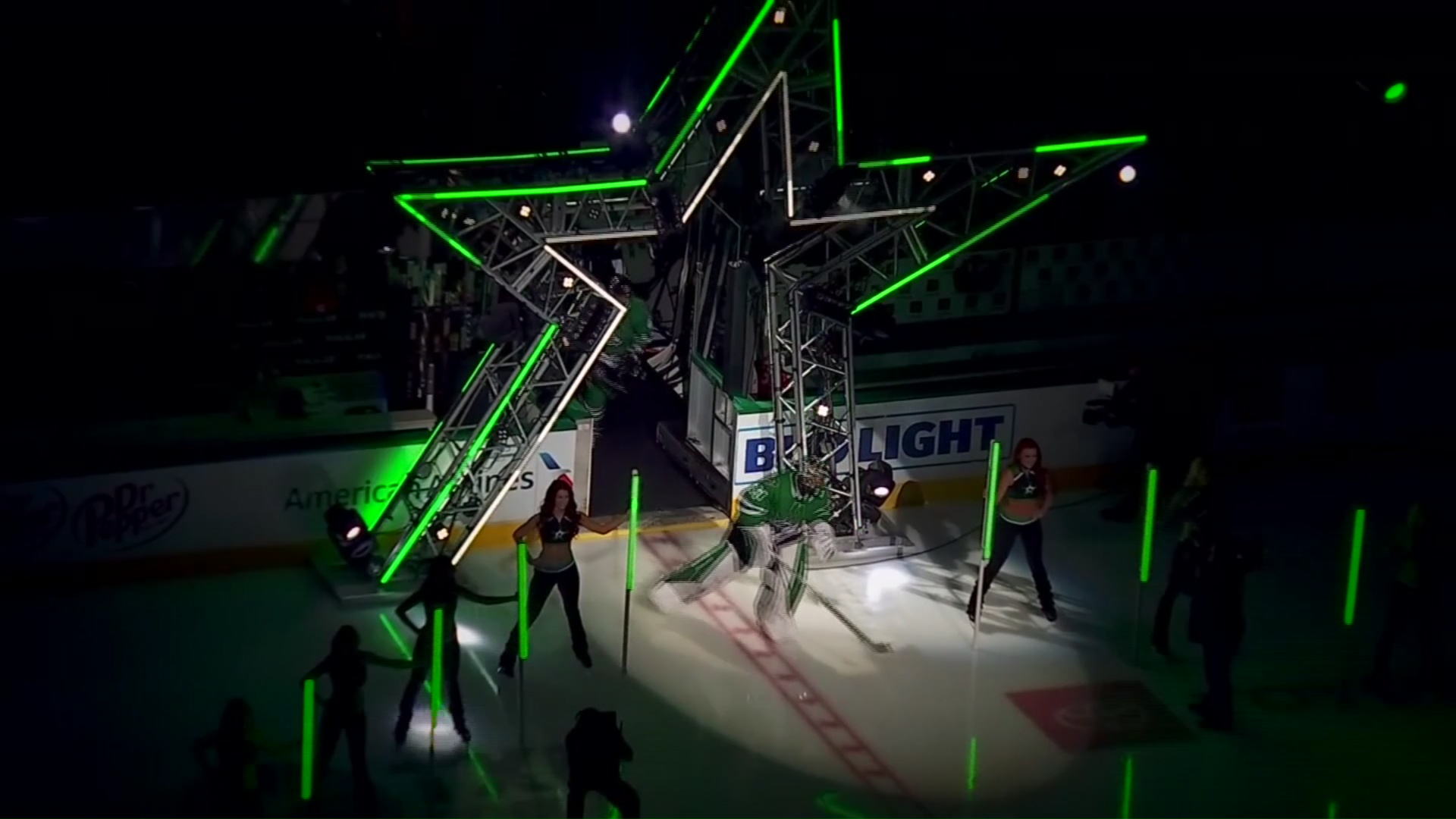 The jersey will also be built using the adidas "adizero" Authentic Jersey chassis, the lightest, strongest, and coolest NHL uniform to date that has been popular among players and fans over the past three seasons.

Other notable features on the new jersey include a stylized Texas flag and the 'Come and Take It' flag on the collar and the 'Dallas Stars' wordmark on the helmet.

"adidas is thrilled to have partnered with the Stars to create the new Blackout uniform system," Dan Near, Sr. Director of adidas Hockey and Lacrosse, said. "Stars fans have been waiting a long time for a third jersey and we know the color innovation and design aesthetic will unite sports fans in the Metroplex around both the history and future of Stars Hockey."