Patrik Laine and Jack Roslovic scored for the first time since being traded to Columbus last month, and the Blue Jackets beat the Dallas Stars 4-3 on Thursday night to earn a split of the two-game series.

Oliver Bjorkstrand had a goal and an assist, Cam Atkinson also scored and Joonas Korpisalo had 24 saves as the Blue Jackets stopped a two-game skid with contributions from their newest members.

Laine and Roslovic, who also had an assist, came over from Winnipeg on Jan. 23 in a blockbuster trade for Pierre-Luc Dubois.

Jason Dickinson, Roope Hintz and Jamie Benn scored, and Anton Khudobin had 21 saves as Dallas came away with zero points for just the second time in eight games.

Outplayed in the first period, Columbus was fortunate to jump out to a 2-0 lead.

Bjorkstrand got his fourth goal of the season 2:23 into the game when his shot from a sharp angle got between Khudobin and the near post. Roslovic scored with a hard shot over the goalie's glove later in the period.

Hintz tipped in Denis Gurianov's shot from the right circle for a Stars' power-play goal early in the second. 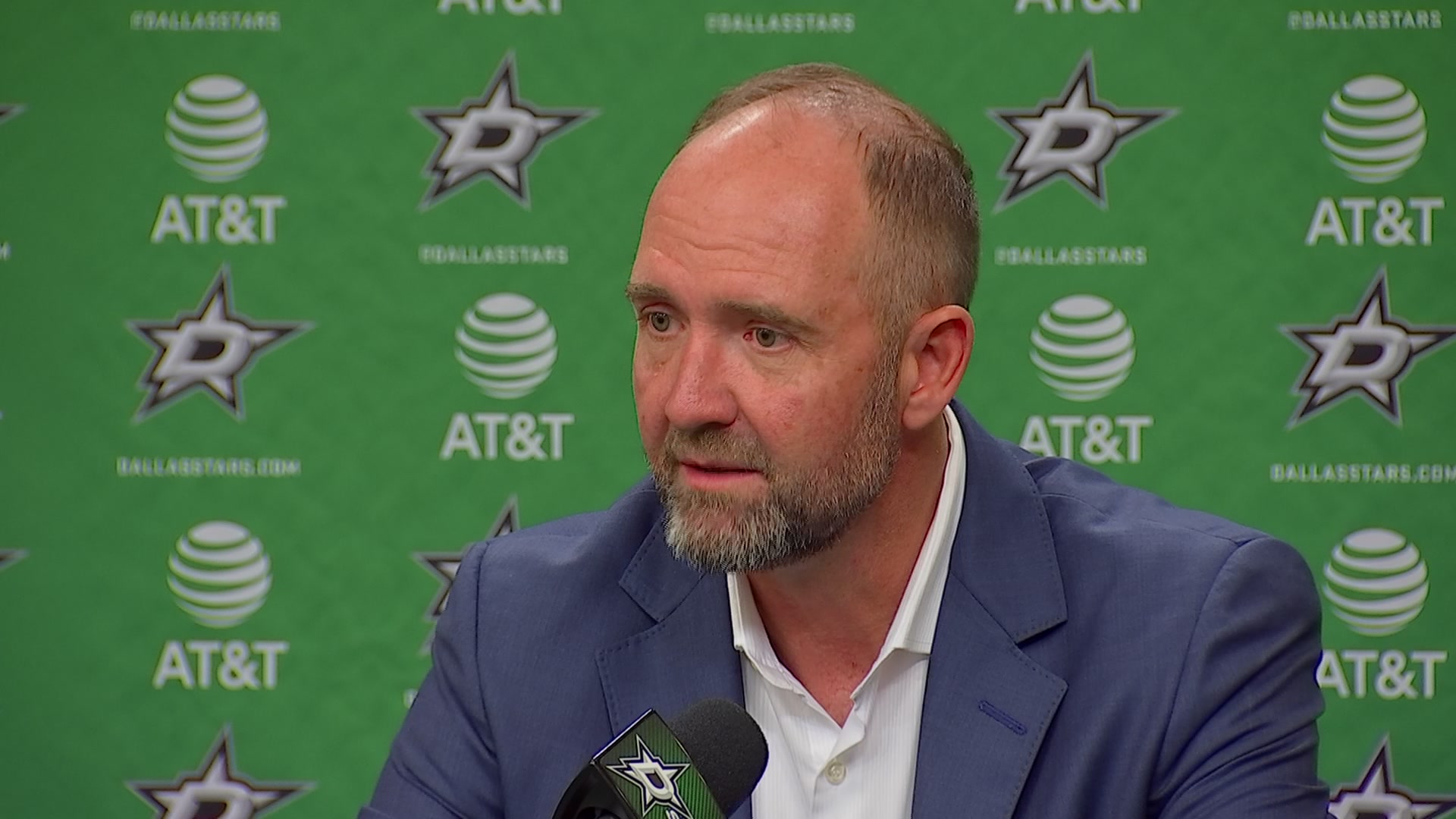 Laine showed why the Blue Jackets were so hot on him when found the back of the net with a slick backhand shot. But a turnover by Laine led to a Stars rush and a goal that went in off Dickinson's skate before the second intermission.

Atkinson tipped in a feed from Bjorkstrand for his 200th career goal at 3:42 of the third period to make it 4-2. Benn poked a shot past Korpisalo at 11:01, but the Stars couldn't get another one, coming up empty on a late power play.

The Blue Jackets put goalie Elvis Merzlikins on injured reserve Thursday, a day after he suffered an unspecified upper-body injury during practice. Merzlikins, who is day to day, had been rotating starts with Korpisalo and had come on in relief in Tuesday night's loss to the Stars. Matiss Kivlenieks was moved from the taxi squad to the roster as the backup.

Stars return home for eight games, starting with a pair against Chicago on Sunday and Tuesday.