See game times and dates below

We already knew the Cowboys are playing the Packers in Green Bay at 3:25 p.m. on Nov. 13. And earlier Thursday, we learned the Cowboys will open the season at home against the Buccaneers on Sunday Night Football on NBC 5.

Here's the full schedule with all times CT.

In the 2021 regular season, the Cowboys played nine away games and will, in turn, host nine home games this year at AT&T Stadium in Arlington. 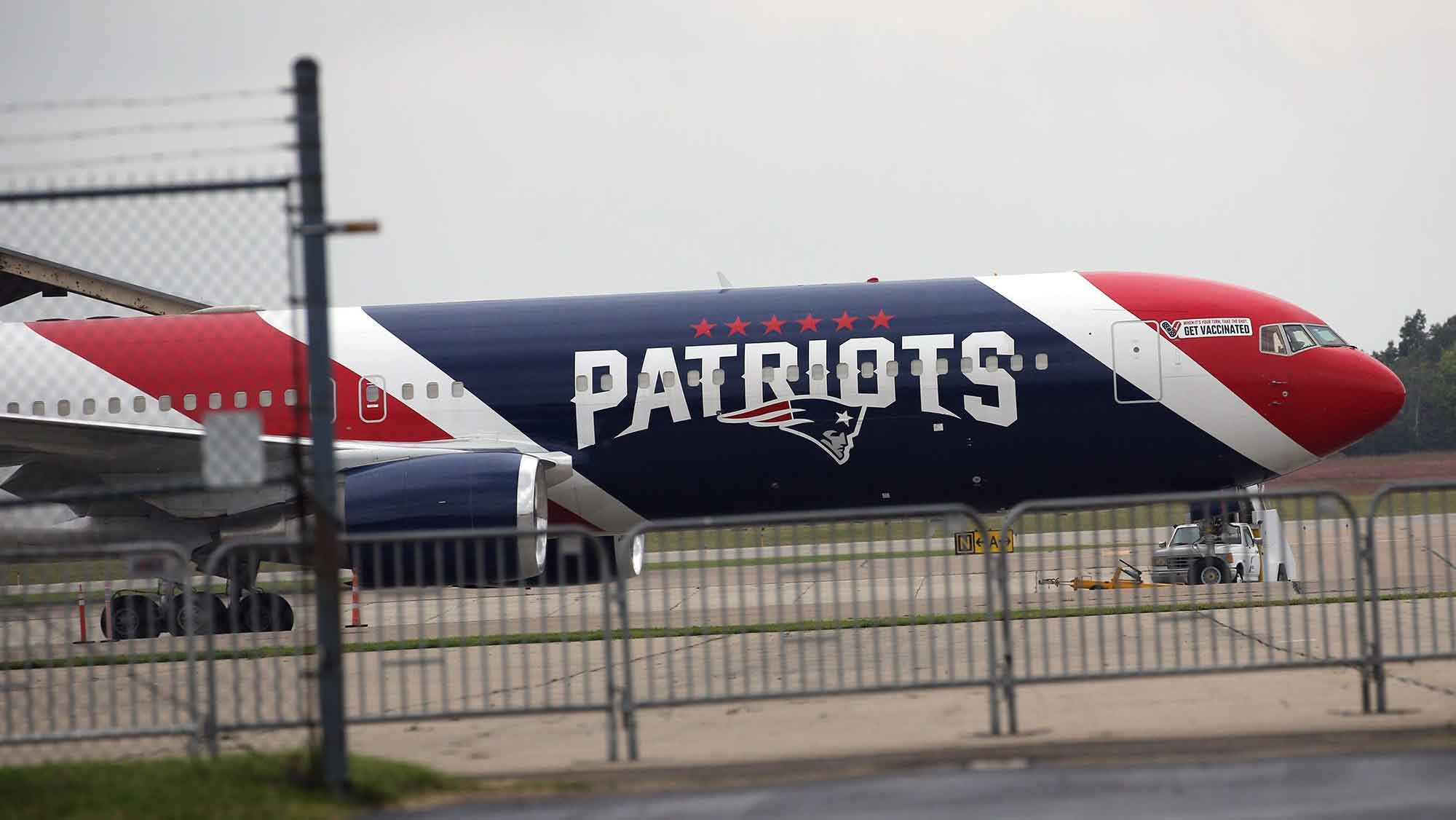 Which NFL Teams Will Travel the Most, Least in 2022? 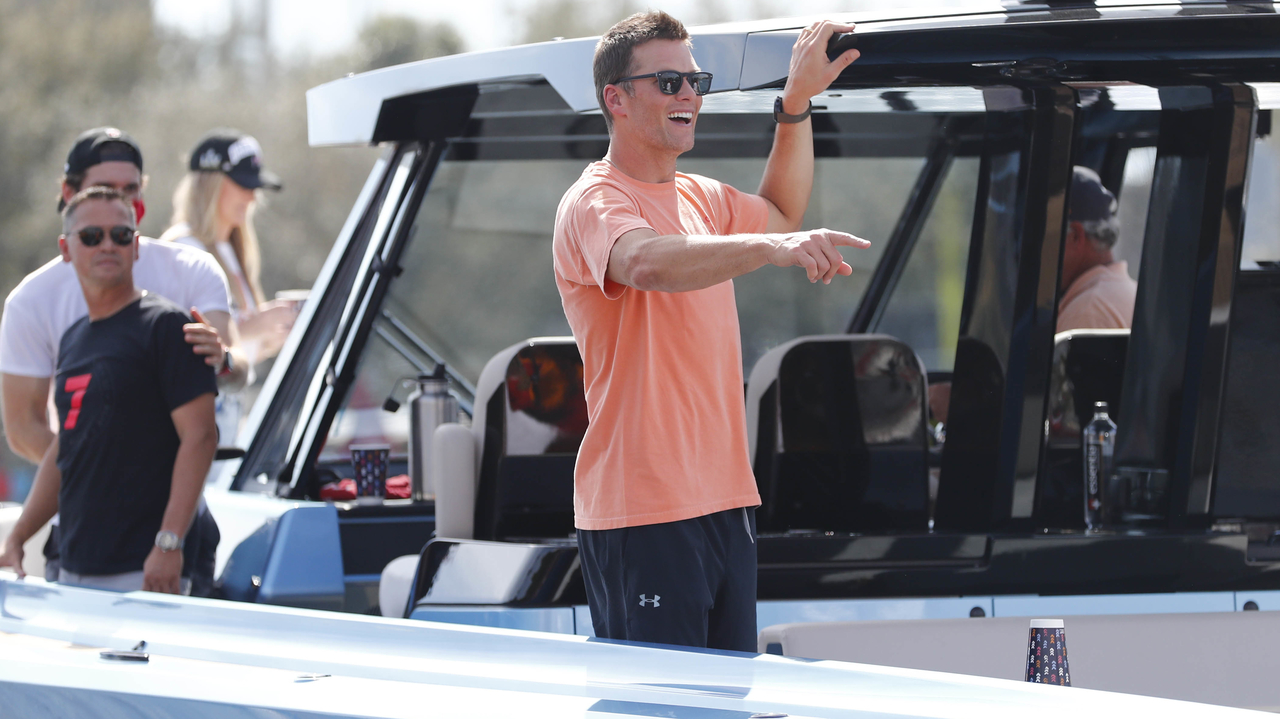 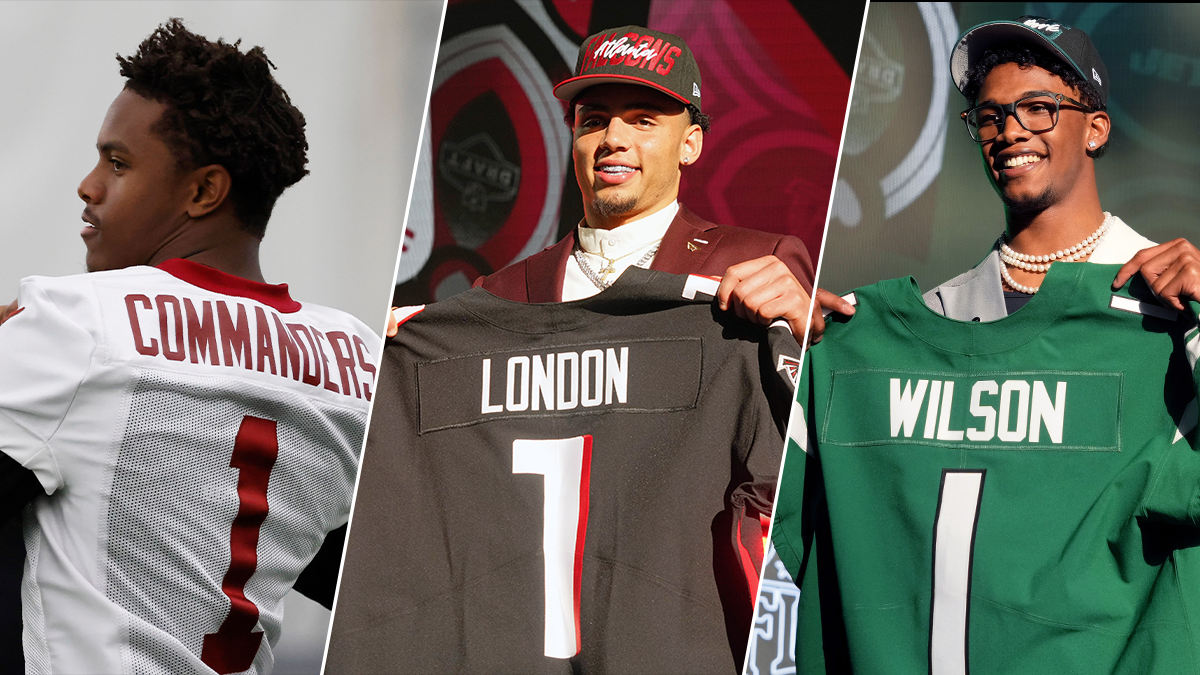 The nine home games will be against their three NFC East rivals the Giants, Eagles, and Commanders, along with six other games against the Bears, Bengals, Lions, Texans, Colts, and Buccaneers.

America's Team will take their show on the road eight times to face their East rivals along with five games against the aforementioned Packers along with the Jaguars, Rams, Vikings, and Titans.

To the Super Bowl winner goes the spoils of opening the entire schedule at home.

So the Los Angeles Rams will host the Buffalo Bills on Thursday night, Sept. 8, to begin the 2022 season.

It’s a juicy matchup of the team generally considered the title favorite by oddsmakers in the Bills traveling to SoFi Stadium, where the Rams won the championship over Cincinnati in February.

The Bengals are home to their division rivals, the Steelers, on Sunday, Sept. 11 when all but two other teams get started. Those two clubs playing on Monday night also offer an enticing storyline: Russell Wilson bringing his Broncos to Seattle. The Seahawks traded their longtime quarterback to Denver in the offseason.

Sunday’s prime-time game features Tom Brady — unless he retires again before September — and the Buccaneers at Dallas. Brady’s decision to unretire after a short hiatus forced NFL schedule makers to scramble and redo some of the game slots.

The Cowboys visited the Buccaneers to open last season.

The rest of the opening Sunday has some eye-opening matches, such as Jacksonville, with new coach Doug Pederson, at Washington, with new quarterback Carson Wentz. Pederson coached Wentz in Philadelphia and won a Super Bowl with the Eagles, although Nick Foles was behind center with Wentz injured.

Several key division matchups are on tap for Sept. 11: New Orleans at Atlanta, Indianapolis at Houston, New England at Miami, Las Vegas at the Los Angeles Chargers and Green Bay at Minnesota.

“Expecting to have an unbelievable crowd there,” Vikings coach Kevin O’Connell told the Vikings’ website. “I’ve talked a lot about being on that visitor’s sideline, so I know what the Packers will be in store for on opening weekend. I expect to see a stadium full of purple. It’s a great opportunity for us and a challenge.

“What a way to start your season — a challenge but also a great way to kick-start what is hopefully going to be a great 2022.”

Also, it will be Cleveland at Carolina, San Francisco at Chicago, Philadelphia at Detroit, Baltimore at the New York Jets, Kansas City at Arizona, and the New York Giants at Tennessee.

Teams that will open on the road and will be home in Week 2 include Kansas City hosting the Chargers in the first Amazon Prime Video game on Thursday night. Also, it will be Miami at Baltimore, the New York Jets at Cleveland, Indianapolis at Jacksonville, Tampa Bay at New Orleans, Carolina at the New York Giants, New England at Pittsburgh, Seattle at San Francisco, Houston at Denver, Arizona at Las Vegas, Chicago at Green Bay at night, Tennessee at Buffalo on Monday night, followed by Minnesota at Philadelphia.

Finally playing at home in Week 3 will be Indianapolis against Kansas City, Minnesota against Detroit, New England vs. Baltimore, and Tampa Bay vs. Green Bay, with Brady facing Aaron Rodgers.

Previously revealed was that one of the Christmas Day tripleheader games, Denver at the Rams, will be televised by Nickelodeon as well as CBS. Slime, anyone? The other Christmas games are Green Bay at Miami in the 1 p.m. slot, then Tampa Bay at Arizona at night.

Christmas Eve will also have a contest, with the Raiders at the Steelers.

The traditional Thanksgiving games will have Detroit hosting Buffalo, Dallas at home for the Giants, and New England at Minnesota at night.

More holiday fare: 14 games on New Year’s Day, which will force some bowl games to adjust away from Jan. 1. The likely top matchups to begin 2023 include San Francisco at Las Vegas, Miami at New England, and Denver at Kansas City.

—Oct. 9, Green Bay becomes the final team to play in Europe, facing the Giants at the home of Premier League soccer team Tottenham in London. The previous week, Minnesota plays New Orleans there.

—Oct. 30, Wembley Stadium will host the Broncos against the Jaguars.

Week 15 has a tripleheader on Saturday, Dec. 17, though which of five matches will be switched from Sunday won’t be decided until closer to that weekend. The possibilities are Miami at Buffalo, Baltimore at Cleveland, Indianapolis at Minnesota, Atlanta at New Orleans, and the Giants at Washington.

The final weekend, Jan. 7-8, 2023 — all intra-division matchups — will also have two games moved to Saturday. Those will be determined early in Week 18.

“For months, we’ve known who we’re playing and where,” Browns coach Kevin Stefanski said, “but to see how it unfolds, where our bye week is and where our division opponents are is fun for our coaches. That first opponent is something you look at so you can start to work on their coordinators, understand what they’ve done and try and get a head start on that game.”

Only one franchise is not set for prime time: Detroit. But the league’s flex schedule could change that if the Lions show significant improvement. 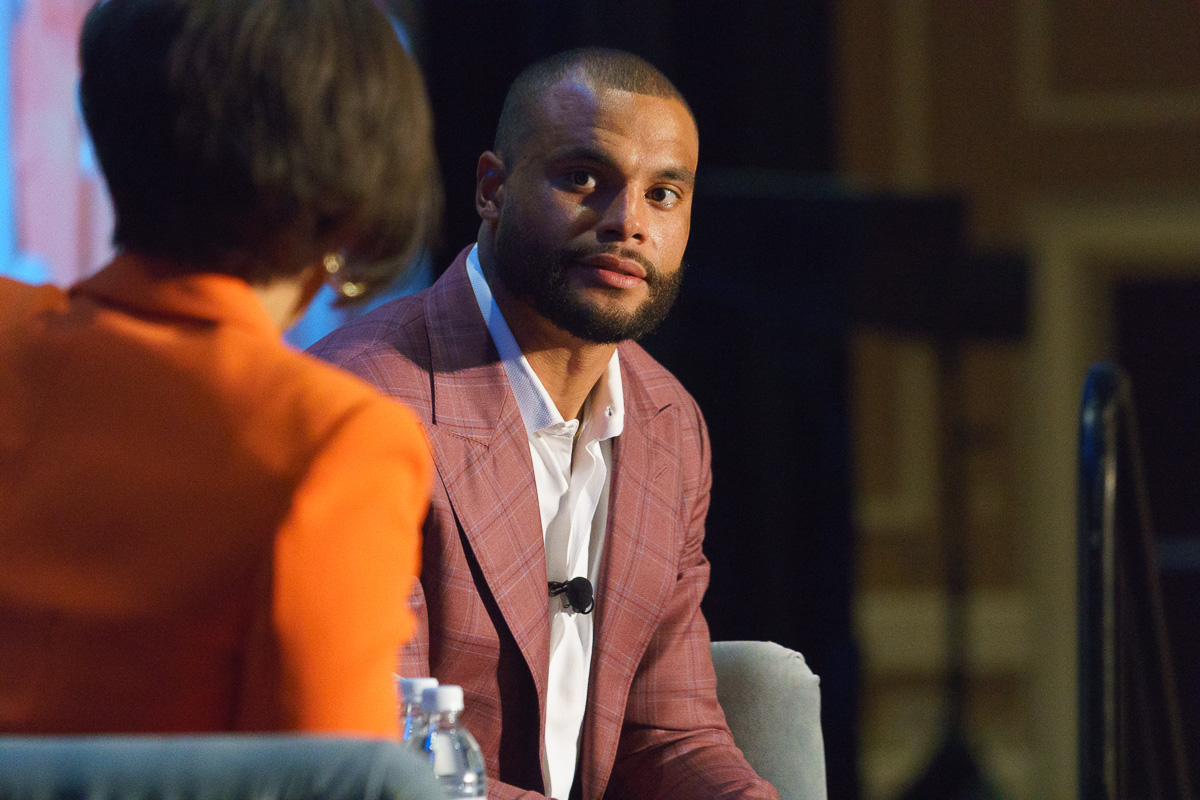 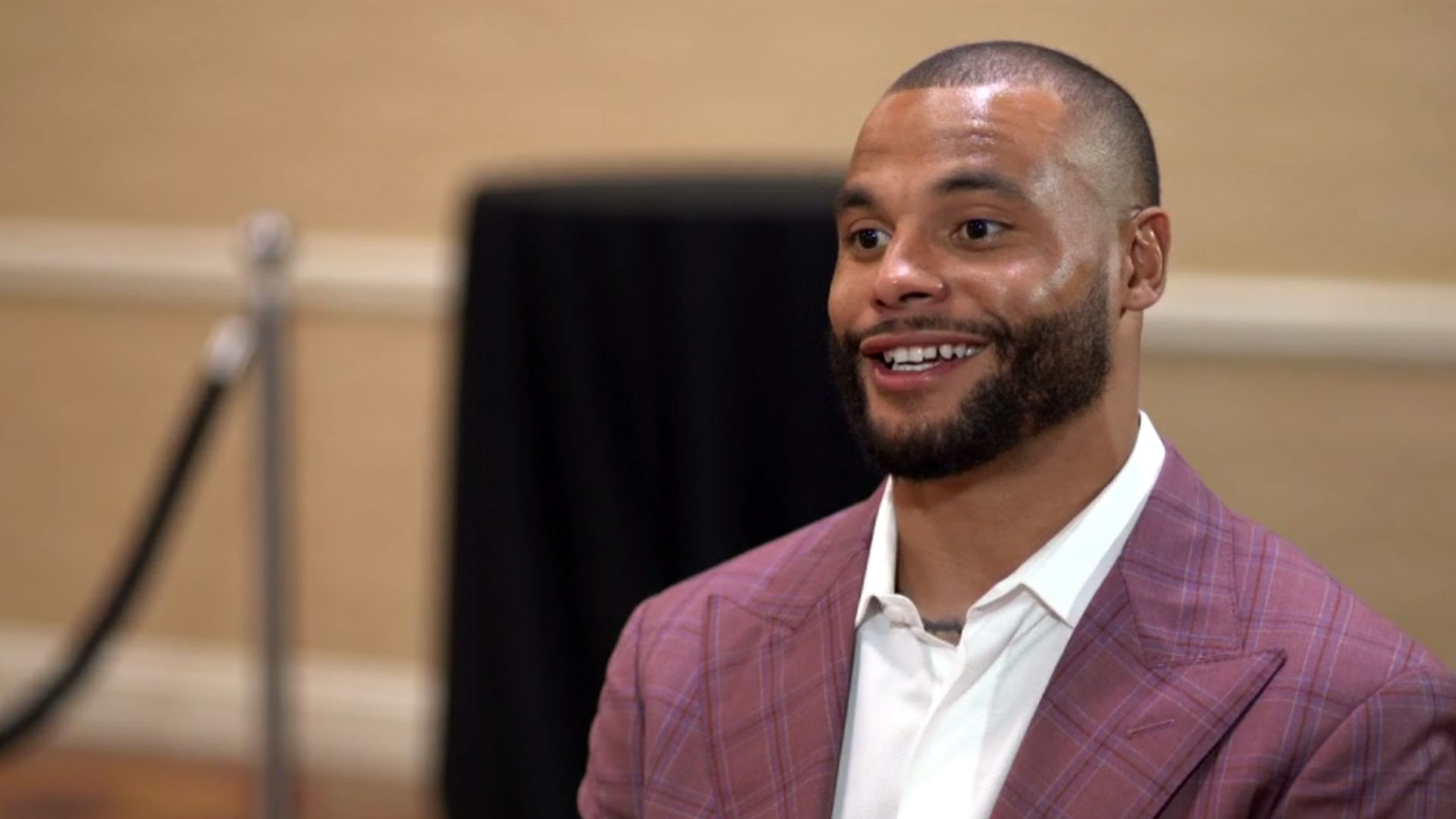