The game was originally set for Thanksgiving

The Baltimore Ravens' struggle to contain an extended outbreak of the coronavirus forced their rescheduled game Tuesday night against the unbeaten Pittsburgh Steelers to be moved back to Wednesday afternoon.

It's the third fix to a matchup originally slated to be played Thanksgiving night. The game will remain on NBC, but at 3:40 p.m. ET.

Also, the Steelers' home game in Week 13 against Washington has been moved from Sunday to Dec. 7 at 5 p.m. The Ravens home game against Dallas will be on Tuesday, Dec. 8 at 8:05 p.m. on Fox and NFL Network. It was originally set for Thursday night, then moved to Dec. 7.

Ravens-Steelers was moved back one more day for medical reasons, but now Baltimore gets some time for workouts. The NFL has permitted the Ravens to return to their facility on Monday night under doctors' supervision, which is similar to what happened when the Tennessee Titans had a coronavirus outbreak earlier this season. The Titans got three days of workouts in that scenario.

A Wisconsin football coach was fired after officials say he attended a scrimmage game knowing that he may have been positive for COVID-19.

The NFL announced the most recent switches Monday after the Ravens placed starters Matthew Judon, Willie Snead and Mark Andrews on the reserve/COVID-19 list.

Although Baltimore also had four players return from that list, the team will still be severely short-handed when this game is finally played. But it will get back running backs Mark Ingram and J.K. Dobbins from the COVID-19 list; they tested positive on Nov. 23

The addition of Judon, a standout linebacker, and Andrews, the leading receiver on the team, brings to seven the number of 2019 Pro Bowl players that Baltimore has placed on the COVID-19 list over the past week. But Ingram will be eligible to play at Pittsburgh, leaving 12 active players and one practice squad member on the list — including 2019 league MVP quarterback Lamar Jackson.

Cornerback Terrell Bonds, who's on injured reserve, was also added to the expansive list Monday.

Sunday’s football game between the Pittsburgh Steelers and Tennessee Titans has been postponed due to multiple members of the Titans’ team and personnel tested positive for the coronavirus.

There was a bit of other good news for Baltimore, which activated linebacker Jayson Ferguson, offensive lineman D.J. Fluker and defensive tackle Broderick Washington from the COVID-19 list. Defensive back Iman Marshall was also activated, although he's been on IR since tearing his right ACL in August.

The contest pitting two longtime rivals was originally scheduled for Thanksgiving night before a rash of coronavirus cases among the Ravens forced the game to be postponed to Sunday. As Baltimore continued to stack up positive tests, the game was moved back to Tuesday night.

The Ravens (6-4) will face the Steelers without several of their top playmakers, including Jackson, Andrews, and defensive linemen Calais Campbell and Brandon Williams.

The Tennessee Titans and the Minnesota Vikings have suspended in-person activities after the NFL said three Titans players and five personnel tested positive for the coronavirus, becoming the first COVID-19 outbreak of the NFL just after its Week 3. Eric Mitchell, the president of LifeFlip Media, joined LX News to explain what we should expect for the rest of the football season.

The loss of Andrews and Snead will further hinder backup quarterback Robert Griffin III, who will be taking snaps from a third-string center after Patrick Mekari and Matt Skura were placed on the COVID-19 list on Wednesday.

Andrews is a Type-1 diabetic, which makes COVID-19 potentially more dangerous. His loss should have an impact in that he leads Baltimore in receptions (38), yards receiving (454) and touchdown catches (6).

Judon owns Baltimore's franchise tag. He is tied for the team lead with four sacks and has 34 tackles.

Guest Host George Oliphant returns to the scene of his first tailgate experience with notorious NFL fan fam, the Bills Mafia for a sobering look at tailgating in the season of Covid-19.

Snead has 17 catches for 230 yards and two touchdowns over the past four games.

The NFL's last Wednesday game was the 2012 season opener between the Giants and the Cowboys, which was moved from a Thursday night because of a conflict with the Democratic National Convention, which was scheduled to have President Barack Obama speak on Thursday night.

“We understand that every team is going through something like this,” Steelers defensive end Cam Heyward said. “Not to this extent, but we have to be ready for any situation. I think (coach Mike Tomlin) has laid out the plan. It’s up for us to follow it and it’s up for us to bounce back with it.”

Added Steelers tackle Zach Banner, who was injured in the season opener: “I'm gonna be healthy by the time we play this game.” 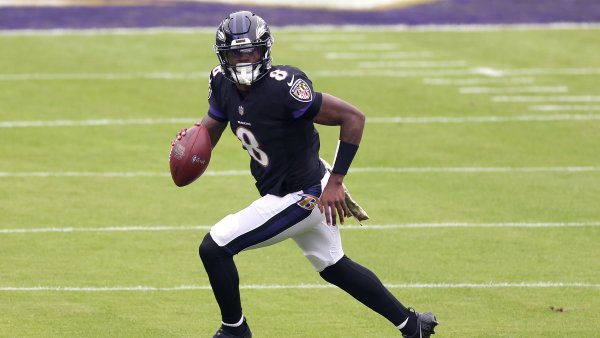 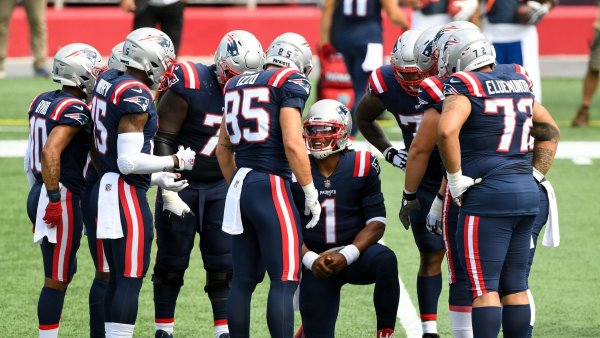