Take a look at this Texas Rangers lineup: 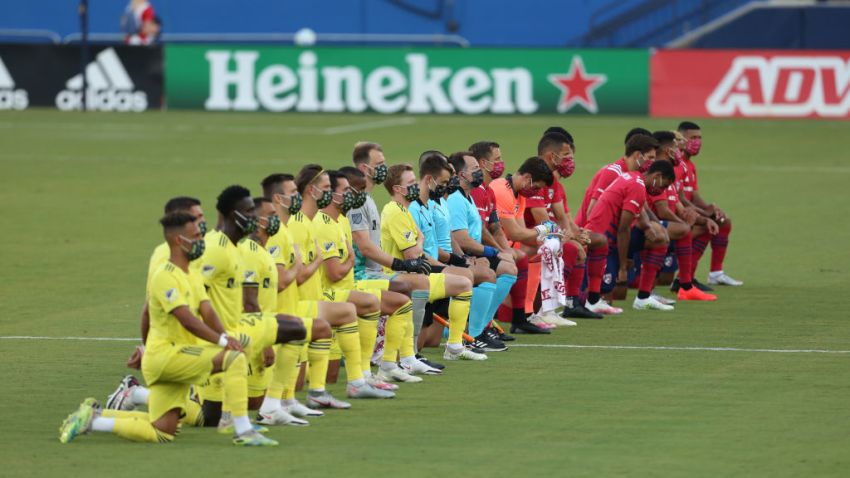 That said, the Rangers eeked out a 2-0 win over the Nationals with said lineup on Sunday, thanks in very large part to the mound work of Darvish. The Rangers were clinging to a 1-0 lead until the the seventh inning when Martin hit the team's first home run in six games to add an insurance run.

There are several problems with this lineup, which was without Shin-Soo Choo and Mitch Moreland, who are both nursing nagging injuries and will have two straight days off before Tuesday's series opener with Baltimore.

Michael Choice, hitting .219 with a .265 on-base percentage this season, is not a leadoff man. He's barely a major-league player. Alex Rios is best in the fifth or sixth hole. Leonys Martin hitting sixth? No thank you. And then, of course, it's an NL park with no DH and your pitcher is hitting.

But the biggest issue with this lineup was the fact that Donnie Murphy was making his first career start at first base with a glove he borrowed from Chris Gimenez. Awesome.

Murphy, of course, went on to a huge game, going 3-for-4 an RBI. Remarkably, he only had to catch two balls at first base, including the game's first out, thanks to Darvish's 12 strikeouts and several fly outs.

So yeah, hope to never see that lineup again if you're a Rangers fan, and take pride in the fact your team won a game with it.