The Devils entered the third period at the Boston Bruins up 2-0, with one of those goals coming shorthanded from Captain Langenbrunner. But Chuck Kobasew, Marc Savard and Dennis Wideman scored to give the Bruins the lead before Patrik Elias scored one off of his skate to force overtime. That's where Langenbrunner outworked the Bruins defense in front of Tim Thomas (26 saves) to score the game-winner at 1:11 of OT, giving the Devils a 4-3 victory in a battle of what are now the top two teams in the East. 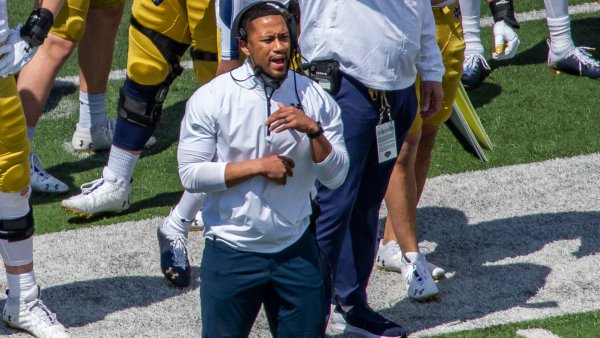 Late in the third period with the scored tied 2-2 between the Canes and the Tampa Bay Lightning, Martin St. Louis circled dangerously in the Carolina zone before losing the puck to Staal. He raced into Lightning territory, dished to a teammate and then went straight for the net. After a few frantic chances, the puck came to Staal and he cashed in the game-winner, his 21st goal of the season. Carolina gets a big 3-2 regulation win at home over a team desperately trying to catch the Canes in the standings.

There were stretches of the Sharks' home game against the Phoenix Coyotes in which Nabokov wasn't tested. That all changed in the latter part of the third, when Nabby (24 saves) made several critical stops before Marcel Goc sealed the deal with an empty netter, giving San Jose a 2-0 win. Nabokov extended his personal shutout streak to a franchise-record 170:10, outdueling a very solid Ilya Bryzgalov (27 saves).

Honorable Mention: "I've had zero wins here this century," said Marty Turco of the Dallas Stars, who snapped a 0-8-2 streak at the Joe in the Stars' 4-2 win over the Detroit Red Wings. Loui Eriksson scored his 23rd in the win; Marian Hossa had his 24th in the loss. ... After scoring four goals in the first period, the New York Islanders gave up three in the third to the Atlanta Thrashers before Kyle Okposo capped his first two-goal game in the NHL with an insurance tally. The Isles won a wild one, 5-4. Ilya Kovalchuk scored his 21st in the loss. ... Stick tap to rookie Peter Regin of the Ottawa Senators, whose first NHL goal was the game-winner in a 3-1 victory at the St. Louis Blues. ... Dustin Brown had two goals and an assist while goalie Jon Quick made 15 saves in the second period alone, as the Los Angeles Kings defeated the visiting Chicago Blackhawks, 5-2. ... Finally, Stephen Weiss had three points, Radek Dvorak scored on a penalty shot and the Florida Panthers had a rousing victory against the visiting Montreal Canadiens, 5-1. But the highlight of the night came courtesy of former Hab Richard Zednik, who scored this gorgeous insurance goal in the second period:

Dishonorable Mention: Ryan Smyth barely touching Vesa Toskala and getting nudged by Toronto Maple Leafs defenseman Luke Schenn? Goalie interference. Milan Hejduk's hat trick? Nullified. Referee Don Koharski? Blamed in part for the Colorado Avalanche's 7-4 loss to the Leafs, to the point where Denver Post reporter Adrian Dater repurposed our awesome Koharski/donut image for his blog on the game. Andrew Raycroft giving up seven goals to his former team probably didn't help; neither did the fact that Jeff Finger outscored Darcy Tucker in an 11-goal game. ... The Detroit Red Wings had a video replay and a goalie interference call on Tomas Holmstrom keep two goals off the board against Dallas. ... Finally, further adventures in bad goaltending: Kari Lehtonen gives up four first-period goals on 15 shots before getting lifted for Johan Hedberg; Chris Osgood gives up three first-period goals on 12 shots before leaving for ConkBlock. Yuck.