Well that was one hell of a first impression. Parrish made his debut for the Stars against the Anaheim Ducks and scored his sixth career hat trick in Dallas's 5-2 road win. He scored twice on the power play and once unassisted on a breakaway in just over 15 minutes of ice time. The Stars looked like a completely different team than the one that nearly imploded during the week: Slightly more disciplined; defensively solid thanks in part to the return of Sergei Zubov; and an honest-to-goodness solid start from the much-maligned Marty Turco. 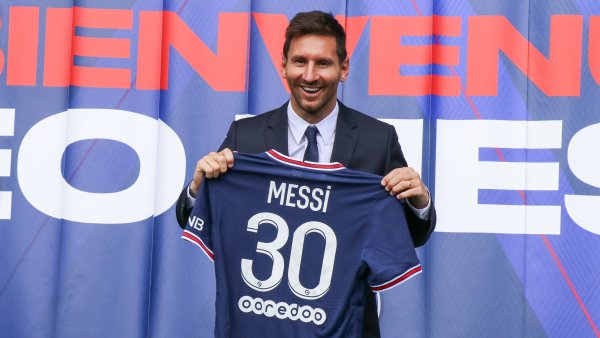 Rookie goaltender Steve Mason made 34 saves before stopping Andrei Kostitsyn in the shootout to give Columbus an emotional 4-3 win over the Montreal Canadiens. Montreal had several quality chances in regulation that Mason turned aside. He's now 2-0 despite having given up seven goals in his brief NHL career.

Jason Williams got the glory, scoring the first goal and the overtime power-play game-winner in Atlanta's 5-4 win against the Buffalo Sabres. But Little did the heavy lifting, scoring two impressive goals in the second period and setting up Todd White's game-tying tally on the power play in the third. An impressive win for the Thrashers, who have now won three in a row.

Honorable Mention: Carolina Hurricanes defenseman Joe Corvo scores the game-winning goal against his former team, as the Canes beat the Ottawa Senators, 2-1. Corvo: "It's just a little extra in the Kool-Aid before the game," Oh yeah? ... Johan Hedberg made 28 saves for the Thrashers, none bigger than one he made when the puck actually glided into the back of his jersey in the third period. ... Thomas Vanek, goal No. 12. ... Two milestones for struggling offensive players: Brendan Morrison of the Ducks and Maxim Afinogenov of the Sabres both scored their first goals of the season. Pop the champagne.

Dishonorable Mention: As you can see in the image above, Jason Spezza of the Senators may have been jobbed out of a goal by replay, which was inconclusive regarding where Carolina keeper Michael Leighton actually gloved the puck. ... Good goalies have bad games: Jean-Sebastien Giguere was pulled for Anaheim, and Ryan Miller wasn't all that sharp for Buffalo.