In a twist on a weekly post, we'll talk about where teams in the NFC playoffs sit after each weekend of play.

1. Seattle Seahawks (12-4) — The Seahawks had some hiccups early in the season, including a rare home loss to the Dallas Cowboys in what has to be the best win by any team in the regular season this year. Then, it was a shocker. Now, it's really not. But the Seahawks are still the team to beat in the NFC playoffs, notably because they were able to lock up homefield advantage throughout the playoffs, and with all apologies to Lambeau Field in Green Bay, there is no greater homefield advantage than Seattle's. Russell Wilson is playing out of this world at quarterback, and running back Marshawn Lynch has found his #BeastMode. Oh, and that defense? That defense is turning the corner and is starting to play like that fearsome unit that led the Seahawks to a world title less than a year ago.

2. Dallas Cowboys (12-4) — The Cowboys don't get a first-round bye, but we're placing them as the No. 2 team in the NFC heading into the postseason. The offense had an unreal month of December, and the defense was extremely opportunistic with takeaways at key times. Tony Romo led the charge offensively, having a great December after a career full of awful ones. And as we mentioned, there is one team that has beaten the Seahawks in Seattle this year, and this is it. 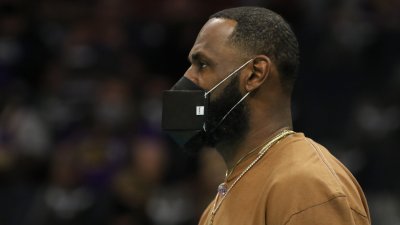 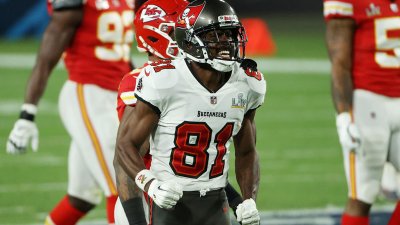 3. Green Bay Packers (12-4) — The Packers have a bye this week, and they need it. Quarterback Aaron Rodgers is gimpy with a strained calf, and the Packers obviously are a far different team with Matt Flynn under center. Rodgers' health, and the Packers' suspect defense are reasons they've fallen behind the Cowboys, at least for now.

4. Carolina Panthers (7-8-1) — It looks crazy, doesn't it. A team with a losing record as the fourth best team in the NFC playoffs? But I think it's true. Cam Newton is playing well again, the Panthers are running the ball effectively using a smashmouth mentality, and they're playing good defense. If that's not a formula for winning in January, I don't know what is.

5. Detroit Lions (11-5) — The Lions run defense has been stellar this season, and they're catching a break with the reinstatement of defensive lineman Ndamukong Suh from a one-game suspension that would've forced him out of this week's game in Dallas. But the Cowboys still have too much firepower for the Lions, and Detroit's vaunted run defense got gashed by Eddie Lacy and the Packers on Sunday. Matthew Stafford is only having a so-so year, but he does still have Megatron, so the Lions will always be dangerous.

6. Arizona Cardinals (11-5) — Talk about falling hard and falling fast. Just a couple of a weeks ago, the Cardinals appeared to be a lock for a first-round bye, if not homefield throughout the playoffs, but then they were ravaged with injuries at quarterback. It was bad enough when starter Carson Palmer went down with a torn ACL, but then his backup Drew Stanton was injured. Now, the Cardinals are rolling with a combination of Ryan Lindley and a struggling running game. They still have a legit defense, but with no offense to speak of, that won't take them too terribly far.