Nike's latest performance basketball shoe, from concept to reality, took about three years to put together.

Or 30 years, depending on how you count.

The Nike Adapt BB — a self-lacing smart shoe that can be controlled by a smartphone — gets released to the public on Sunday, a date that just happens to coincide with the NBA All-Star Game in Charlotte. It has a motor embedded within the shoe, a hefty $350 pricetag and wearers will need to give them some time on a wireless charging pad every couple weeks or so. 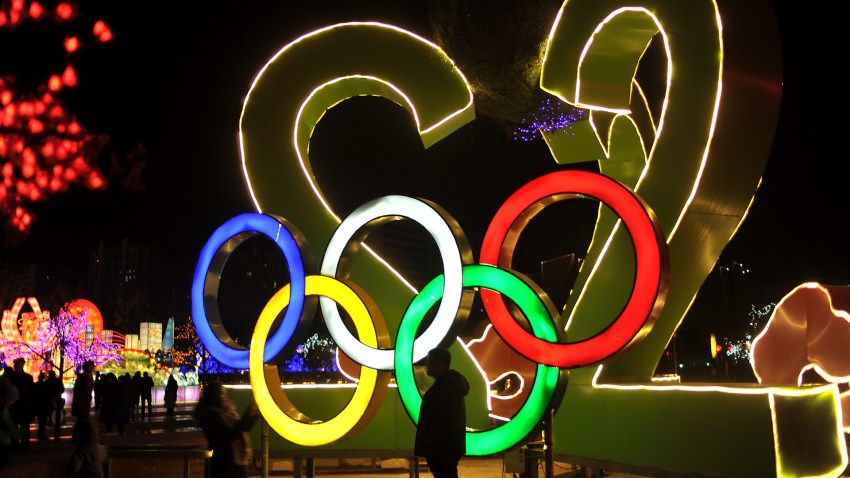 But Nike also insists that this isn't just a gadget or gizmo for the feet, something techies and sneakerheads will get because of the coolness factor. It was also made with the baller — some of the world's best ballers, to be precise — in mind. Even with the tech features, it weighs about as much as a more conventional high-end basketball shoe does.

"The footwear component of the design, it is intended and it is designed in the same vein as our highest performing basketball products," said Jordan Rice, part of Nike's smart systems team that made the Adapt happen. "So higher ability, high life."

A small number of NBA players are already in the Adapt, including Boston's Jayson Tatum, Dallas rookie Luka Doncic, the Los Angeles Lakers' Kyle Kuzma and New York's Frank Ntilikina. Some future NBA players have been exposed to it as well; the Duke men's basketball team has given them a test drive.

"It's a sneaker, it's a good shoe," Duke standout Cam Reddish said. "I didn't break it in enough for me to wear in a game, but it's a phenomenal sneaker."

Rice said it took almost three years from the concept of the Adapt to go from first drawing to first game, though others would insist the idea goes all the way back to 1989.

The self-lacing shoe was something that Nike developed at the behest of those looking to add futuristic touches to "Back to the Future Part II," released 30 years ago. In the film Michael J. Fox's character, Marty McFly, pulls on a pair of gray Nike high-tops that light up and lace themselves at a touch of a button — purportedly the sort of thing that everyone in the world will be wearing in 2015.

"Power laces! All right!" McFly says as the shoe tightens around his foot and ankle.

Buttons on the side of the sole can adjust the tension of the laces, or how the shoe wraps around the foot. When synced to an app — with the highest level of security and encryption in mind — the colors of the shoes can be changed as well at any time at the touch of a phone.

The idea is to have a true custom fit for every foot. In time, the app could also collect performance data.

"What that could look like in the future is something that's much more integrated with digital services but feels real time and feels contextual," Rice said.

Nike has been in the self-lacing game before, coming out three years ago or so with shoes that Tinker Hatfield — the legendary Nike designer who came up with the concept seen in the movie — called E.A.R.L., or electro adaptive reactive lacing.

Nike apparently thinks the future — or a better future — is now.

"There's just something cool about it," Tatum said. "It's like a glove."

Tatum was among a small group of pros who were brought to Nike's Oregon headquarters to test the shoes out a few months ago, the list of players also including WNBA stars Kelsey Plum and Breanna Stewart. But the real testing — since the shoes basically are a piece of electronics — went well beyond some of the world's best players seeing how they hold up to running and jumping and cutting.

They were soaked in water overnight, sprayed with water cannons for 20 minutes at a time, hammered with thousands of pounds of force in extreme conditions. The shoes still performed, and the bells and whistles still worked.

Put simply, they're ready for sweat.

"They're tested to such an extent," Rice said. "You know, this is one of the most tested products that Nike's actually ever produced."