WHAT IT MEANS
The Cowboys improve to 6-4 overall and stay in first place in the NFC East. The final in Detroit 35-27.

Five of their six wins have come against teams with losing records.

TURNING POINT
Down 14-10 in the second quarter, Prescott hit Michael Gallup for a 41-yard catch on third and nine. It was sensational. Two plays later, Zeke Elliott scored to make it 17-14 and Dallas never gave the lead back. 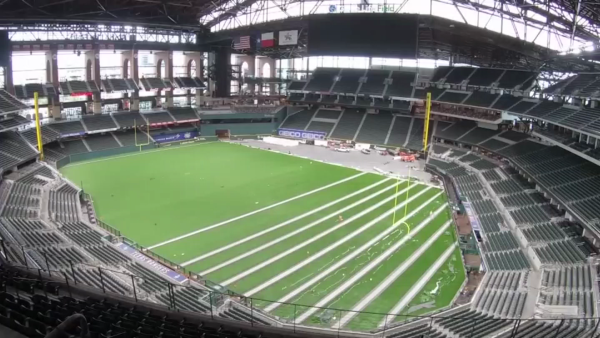 Dak Prescott led the way, Michael Gallup had one of the best games of his career one year to the day that his brother died of suicide and everything else you need to know about the Cowboys' win Sunday over the Detroit Lions.

PLAYER OF THE GAME
Dak Prescott. Forget all the talk about him being a bus driver. It’s clear former offensive coordinator Scott Linehan was holding Prescott back.

Prescott threw for over 444 yards and had three touchdowns to three different players (Tony Pollard, Randall Cobb and Zeke Elliott). It is his third 400-yard game of the season to tie Tony Romo (2012) for the most 400 passing yard games in a single season in Cowboys history.

Dak has thrown for 300 yards or more four times this season.

Cowboys quarterback Dak Prescott says while he was happy with Dallas’ win over the Lions, the team needed to continue to play well — especially with a game against the Patriots next on the schedule. For more video, visit DallasCowboys.com and NFL.com.

KEY STAT: 9.2
The Cowboys averaged 9.2 yards per pass play against the Lions. The passing game led the way in the win.

WHAT’S NEXT
A trip to New England is up next. The Patriots have not lost at home this season. Dak Prescott has never playing against New England in his career.