The Rangers had been held scoreless by San Diego left starter Clayton Richard until Napoli hit a 433-foot homer to left on the first pitch of the eighth inning.

Napoli topped that with a 448-foot shot into the club-level seats higher in left field to end a four-run ninth off Padres closer Brandon Maurer (0-2).

Elvis Andrus started the ninth-inning rally with a one-out single before Jonathan Lucroy followed with his third hit, looping a single that dropped just in front of diving center fielder Manual Margot. Rougned Odor then singled through the left side of the infield to drive home Andrus with the tying run and bring Napoli to the plate.

The game-winner was Napoli's seventh homer this season, and MLB stats showed the exit velocity at 111 mph. It was his 15th career multihomer game, and the fourth time he has ended a game with a long ball.

The Padres went ahead in the first when Ryan Schimpf had a two-out RBI single off Martin Perez, who because of the late rally avoided becoming the majors' first six-game loser this season. 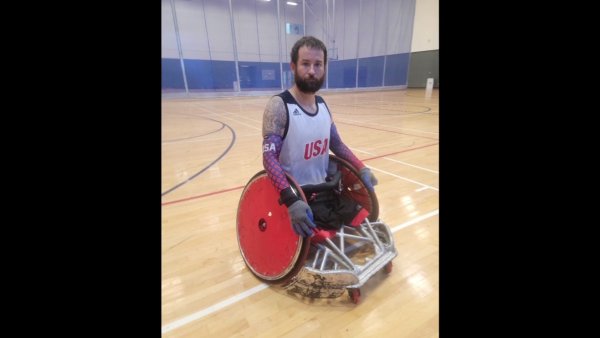 After Tony Barnette relieved Perez with the bases loaded in the seventh, Margot hit a deep sacrifice fly for a 2-0 Padres lead. Speedy left fielder Delino DeShields went a long way to make a running catch in the gap near the warning track, a catch that prevented more runs from scoring.

Austin Hedges had a leadoff single in the seventh and put the Padres up 2-0 when he scored soon after having his right hand stepped on while sliding into third base.

Luis Sardinas' infield single was a hard chopper down the line on which Pete Kozma made a diving backhanded stop well behind third base. Kozma quickly shuffled to his feet hoping to get a forceout, but instead stepped on Hedges' hand that was already on the bag. The next batter was Margot.

Richard struck out four with one walk while allowing five hits pitching into the eighth. Perez scattered seven hits over 6 1-3 innings with three strikeouts and two walks, one of those intentional.

Padres: Lefty reliever Jose Torres was available to pitch a night after a comebacker measured at 105 mph struck him flush just above his right wrist. "His throwing hand is fine, so he's good to go," manager Andy Green said. "If it had caught off the bone, he wouldn't have had a chance."

Rangers: 3B Adrian Beltre, who hasn't played yet this season because of calf issues, took batting practice on the field for the first time since he re-aggravated the muscle three weeks ago. Beltre also took some groundballs, but still hasn't run at full speed.

Padres: Jhoulys Chacin (3-3), in his 10th major league season, makes his first career appearance against the Chicago White Sox. That will leave only two MLB teams he has never faced: Colorado and Toronto.

Rangers: Andrew Cashner looks for his first win with the Rangers in the opener of a weekend series at home against the Oakland Athletics. Cashner (0-3) has a 2.63 ERA in his five starts, but has gotten no run support (1.65 runs per start).