The filly proved that by first overcoming an outside post start before gutting out a close win to maintain her hot start.

Monomoy Girl took charge near the far turn and outdueled Wonder Gadot down the stretch to win the $1 million Kentucky Oaks by a half-length on Friday at Churchill Downs. 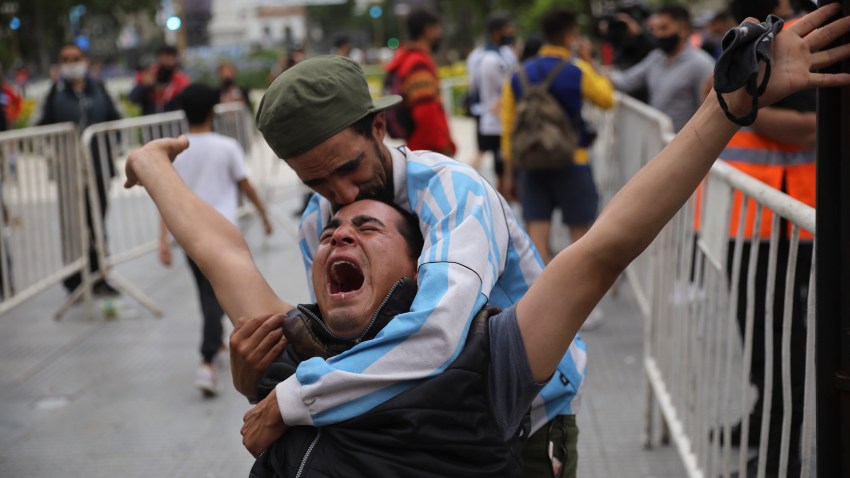 A race expected to match the top two 3-year-old fillies in No. 2 Monomoy Girl and points leader Midnight Bisou, the morning-line favorites, soon became Monomoy Girl's to lose. The chestnut filly charged from the No. 14 post into contention and the lead and held ground in a thrilling side-by-side stretch battle with Wonder Gadot before Monomoy Girl kept the small edge to the wire.

Monomoy Girl entered the Oaks with five wins in six starts by a combined margin of 20 1/2 lengths. Her latest triumph was much tighter, all of which made the Grade 1 victory more satisfying for her connections.

"It's great, you know," jockey Florent Geroux said. "She was in a war, she had only one try.

"This filly has been very special for us, known for a long time. We've been pointing for this race since November, to get here in good shape in winning, she was just outstanding."

Wonder Gadot's jockey, John Velazquez, filed a foul claim against Monomoy Girl for a bump down the stretch. Stewards dismissed it, giving Brad Cox a signature hometown win in the 144th running of the Oaks.

Wonder Gadot returned $14 and $7.20. Midnight Bisou paid $3.20 to show while having her three-race winning streak snapped.

The race's biggest surprise was that Wonder Gadot, listed at 20-1 on the morning line, gave Monomoy Girl her biggest challenge instead of Midnight Bisou. The California-based filly came in with three wins by 10 1/4 combined lengths, fueling expectations of a two-horse race.

Midnight Bisou came on late, but behind two other fillies that battled hard on the dirt.

Monomoy Girl's main question was how she would handle an outside post and 19 other horses fighting for position. Cox, who grew up blocks from Churchill Downs, wasn't fazed. He believed his horse had the speed to get into contention along with the patience to navigate traffic.

Monomoy Girl ultimately had no trouble running outside before gaining position near the rail and holding on. A brief wait followed before stewards upheld the finish that sparked a cheer from the jockey, trainers and its owners.

"At least I have to take a chance on it," he said. "I mean, I'm fighting the whole way around and all of a sudden the last sixteenth of a mile she goes back to her left lead because she got bumped."

Monomoy Girl's Oaks win came hours after last year's winner, Abel Tasman, was beaten in her return to Churchill Downs as a 4-year-old.

The filly finished fourth among six horses in the Grade 1 La Troienne Stakes, in which Salty beat Farrell by a head.