Mexican National Fútbol Team to Face Iceland in Arlington in May

Tickets on sale soon for May 30 match; fans encouraged to pre-register for ticket information

The touring Mexican national soccer team is headed to Arlington in May for a match against Iceland.

The Federación Mexicana de Fútbol and Soccer United Marketing confirmed Wednesday they'll play five matches in the United States this year. The first match announced is the one in North Texas on Sunday, May 30 against Iceland.

Future opponents, dates, and locations for the other four events will be announced at a later date.

Organizers said Mexico's game against Iceland will serve as a critical preparation match for the Concacaf Nations League Finals, which will be played in June, and that manager Gerardo "Tata" Martino is expected to bring his top roster as the games will be played just prior to the May/June FIFA dates.

The Mexican National Team has played eight games at AT&T Stadium and enjoys a 6-1-1 record at the facility. Mexico has faced 2018 FIFA World Cup participant Iceland four times, winning two matches and drawing two. The two teams last played each other on March 23, 2018 at Levi's Stadium in Santa Clara, CA, with Mexico coming out on top 3-0. 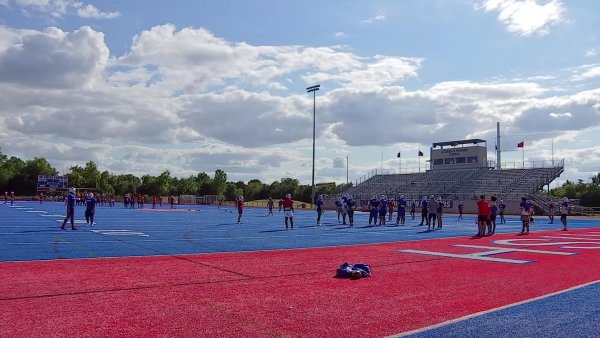 Capacity restrictions for the match in Arlington, if there are any, have not yet been announced. Fans in attendance will be required to adhere to all stadium and local health guidelines, including mandatory facemask use, physical distancing, and frictionless transactions.

Tickets are not yet on sale but will be available at a future date. Fans hoping to attend the game are encouraged to pre-register for ticket information at MexTour.org.

The match is part of a four-year agreement, now in its third year, with the Dallas Cowboys, FC Dallas, and the Dallas Sports Commission.