Luka Doncic would like to clear up a bit of a misconception: He has playoff experience.

Then again, he also knows what awaits now is different.

For the first time since 1990, the Dallas Mavericks are going to the playoffs without Dirk Nowitzki on the roster. The German great retired after last season, officially passing the torch as leader of the Mavs to Doncic -- the Slovene who nearly averaged a 30-point triple-double in just his second NBA season.

So, no, he hasn't seen what the NBA playoffs are like. 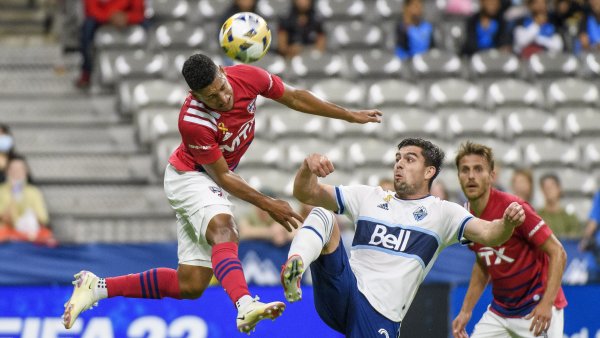 There's also no reason to think Doncic isn't ready for this stage.

"Yes, it is the playoffs, but I have been in the playoffs before, just in Europe," said the 21-year-old Doncic, who was still a teenager when he led Real Madrid to the EuroLeague title and was basically considered the best player in that league two years ago. "It is not the same level, but it is the same emotions. I am excited for sure."

Doncic finished the season averaging 28.8 points, 9.4 rebounds and 8.8 assists. The only other players who posted those numbers for a full season are Oscar Robertson, who did it four times, and Russell Westbrook.

He led the NBA with 17 triple-doubles. He was an All-Star for the first of what will likely be many times. He was one of two players -- reigning MVP Giannis Antetokounmpo of the Milwaukee Bucks was the only other -- to have season-highs of at least 20 rebounds and 15 assists.

"He's a phenomenal player and he's getting better," Dallas coach Rick Carlisle said. "Like, by the hour. By the day."

The Clippers have legitimate title aspirations -- but they also speak with obvious respect for Doncic.

"Luka is going to be a handful," Clippers guard Lou Williams said. "Dallas plays extremely hard. We just saw these guys last week. Well-coached team. When they're on the court, they're all going to play hard. ... It will be highly entertaining, a lot of talented guys on the floor."

The Clippers have some of the best defensive players in the NBA: Leonard, Paul George and Patrick Beverley among them.

The Mavericks? Behind Doncic, they only assembled the greatest year in NBA history in terms of offensive efficiency. They finished the regular season averaging 116.7 points per 100 possessions, almost a full point ahead of the mark set by Golden State last season.

Doncic's offensive gifts -- and there are many -- are obviously a major factor why Dallas scores with such ease. Carlisle played with Larry Bird. He coached Jason Kidd. He knows elite passing and orchestrating when he sees it, and he's not afraid to put Doncic in their class.

"He knows where everybody is, not only on offense, but defense," Carlisle said. "That's the sign of, you know, a savant-type guy. ... Larry Bird, he could see everything like that. Jason Kidd, he could see everything like that. Luka's in that same mold. He's just got a different body type, got a different kind of game, but when he draws when he draws the attention you know somebody's going to get a wide-open shot."

Case in point: The Pass.

That's all that needs to be said in the NBA's restart bubble, just "the pass," and it's pretty clear which one is being referenced. Doncic turned in one of the quintessential moments of the seeding games when he offered a perfect bounce pass to Maxi Kleber for a dunk in overtime of a close game against the Milwaukee Bucks.

Doncic fired the bounce pass between his legs, and if that wasn't enough, he threaded it between two of the Bucks' best defenders -- Eric Bledsoe and defensive player of the year candidate Giannis Antetokounmpo.

"That's just who he is," Mavs forward Kristaps Porzingis said. "He can make those incredible plays."

And now Doncic gets the chance to make those plays on the NBA's best stage: The playoffs.