If you're a Texas Rangers fan, last night's Game 6 was probably the single most agonizing moment of your existence.

You were THIS close to finally seeing your team win it all, only to see those big stupid Cardinals with their big stupid fans come back from two runs down TWICE to beat you. Just a punishing, brutal, awful loss.

Unless you're the genius at FOX4 who apparently decided to hit the hay early and sent out a text alert that the Rangers had won the World Series. 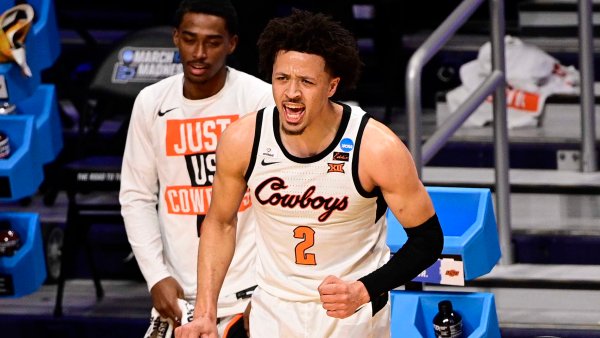 If you're that guy, you live in an alternate reality where the Rangers won and cars are made of fine Belgian chocolate.

KDFW, the FOX affiliate in Dallas, sent out this text in the middle of the ninth:

"The Texas Rangers have won the World Series. Watch coverage on FOX4 News and on myFOXdfw.com."

Forty-five minutes later, the station sent out a second text apologizing and correcting the error, saying the Cardinals had won "In overtime," presumably with a last-second 47-yard field goal.

FOX4's Facebook page noted that the offending text was sent out by a web writer by accident. That didn't stop FB users from blaming the station for jinxing the team. A sampling:

Never pre-write things like this and tempt the baseball gods. It was two sentences. Could have waited.

Now, this was a clearly an innocent mistake, and only a fool would believe that this actually had any hand in the outcome of the game.

However, we ARE a rival station to FOX4, and so I'd just like to say: YOU RUINED THE WORLD SERIES FOR TEXAS, FOX4. WAY TO GO. LITTLE JIMMY IN ARLINGTON CRIED HIS EYES OUT ALL MORNING LONG AND THOSE TEARS ARE ON YOUR HANDS. YOU ARE OUR BARTMAN.

If I were you, I might avoid FOX4's SMS feed this evening.