Ben Roethlisberger, Flozell Adams and the rest of the Pittsburgh Steelers arrived at Dallas-Fort Worth International Airport just before noon.

The Steelers, who are staying in Fort Worth, were the first team to arrive Monday. The chartered flights arrived at a maintenance hanger at DFW Airport.

Some of the players used camera phones and camcorders to record their arrival. The players boarded buses and headed directly to the Omni Fort Worth Hotel, escorted by several police officers. 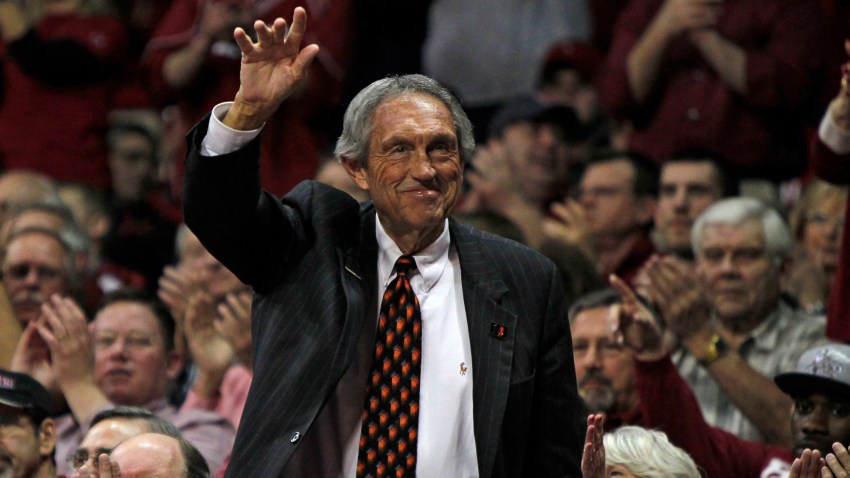 The Packers arrived at the same hanger later Monday. They also immediately boarded their buses and headed to the Omni Mandalay Hotel at Las Colinas.

The NFL did not allow fans of either team to gather at the hanger to welcome them.

Instead, Steelers fans waited at the Omni Hotel, letting out a roar when the buses arrived.

"I'm originally from Pittsburgh," fan John Simon said. "I live in Argyle now. I brought my grandson down here. We wanted to see the team coming to town."

But one lone green jersey interrupted the sea of black and yellow. Perhaps the Green Bay Packer fan went to the wrong hotel?

"I'm repping for Green Bay," Waymon Brown said. "I don't like the Steelers. Green is going to win it all!"

A decked-out Cowboy fan also showed up to welcome the visiting team.

"'Mi casa es su casa,' is what I want to tell them," the die-hard fan said. "They can borrow our house for a little bit."

The crowd included visitors from Pittsburgh, including Rich and Chris Schyer.

"It's warm here," Chris Schyer said. "It's perfect. We laugh at people bundled up in their winter coats."

Temperatures are expected to plummet Tuesday and ice and snow may snarl Super Bowl plans for many.

But a little ice and snow will only make Steelers fans and their team feel more at home.

"They'll be ready to play," Rich Schyer said. "They'll enjoy this weather. It's good football weather. That's what we are used to up North."