The very day he took over -- a Saturday two months into the offseason -- Jones dumped the team's revered coach and gave the job to a former college teammate. The Arkansas oilman put himself in charge of everything else, "from socks to jocks," critics be damned.

Twenty years and three Super Bowl titles later, only the stakes have changed.

Wednesday marks exactly two decades since Jones stormed onto the scene, and his grip on the organization is strong as ever. 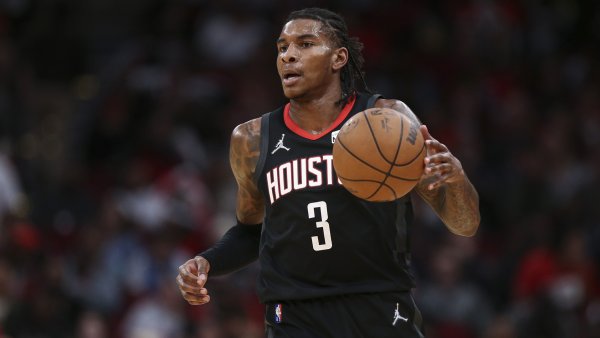 From his point of view, there's no reason to ease up.

He restored the Cowboys to glory faster than anyone expected in the early 1990s and ever since has kept them among the most visible teams, quite a feat considering they've gone 12 seasons without winning a playoff game. Along the way, Jones has improved the way business is done throughout the NFL, greasing the skids by helping negotiate roughly $25 billion in TV contracts.

The best part for Jones is that the $160 million he pulled together to launch all this has now moved one decimal point to the right -- the club being worth $1.6 billion, according to Forbes. Jones also now has a spot on the magazine's list of billionaires, although he's plunked a bunch into building a futuristic $1.1 billion stadium. So far, it looks like another wise move considering the place has lured a Super Bowl, a Final Four and the NBA All-Star game before it's even built.

"Jerry always challenges you to think differently," NFL commissioner Roger Goodell said. "That is a very healthy challenge that has added value and innovation to our league. He has boundless energy and can always be counted on to devote time to league matters on a wide range of issues. He also respects history and tradition and under his leadership the Cowboys continue to be one of the premier franchises in sports."

But then there's the other perspective of Jones, the one held by many of the folks he insists he's trying to please -- the fans.

Most Cowboys supporters have long since gotten over the firing of Tom Landry and ousting of Jimmy Johnson. They've become immune to players getting arrested or throwing tantrums, and they've learned to roll their eyes at the occasional references to "Coach Jones."

Still, the last year or so has tested the resolve of even the most faithful.

The Cowboys were the NFC's top team in the 2007 season, then flopped in the playoffs. They took a bigger plunge in 2008, going from 3-0 and living up to their hype as a Super Bowl contender to missing the playoffs. They capped the nosedive with a no-show performance in Philadelphia that would've embarrassed an expansion team, much less a club that would've locked up a wild-card berth with a win.

Yet Jones doesn't seem ready to shake things up.

He dismissed the notion of too many personality clashes in a locker room that featured a malcontent like Terrell Owens and lawbreakers like Adam "Pacman" Jones and Tank Johnson, and he's stuck with Wade Phillips, a coach known for regular-season success and postseason failure. All Jones has done so far is boot Pacman and rap Phillips on the knuckles.

Phillips' defensive coordinator was fired and he was told to take over the duty. The offense, meanwhile will continue to be run by Jason Garrett, the coordinator hired by Jones and widely presumed to be Phillips' eventual successor. Phillips was allowed to bring in Dan Reeves as a sounding board, but then had to say goodbye after a few days when, according to Jones, "it became apparent to me that we weren't on the same page."

The latest news is that Phillips is under a gag order. Jones decreed himself the lone voice of the organization because he doesn't like some things that have been reported lately, mostly about whether T.O. will return. (Salary-cap implications make it likely he will.) It's a classic case of the spotlight Jones craves shining too brightly for comfort.

Bottom line: After 20 years, Jones is still straddling the line between being viewed as the problem and the solution, a dichotomy often described as "great owner, horrible GM." For instance, fans have started Web sites such as firegmjerry.com and firethecowboysgm.com.

"I still have faith that the Cowboys are going to be in the thick of it the next couple of years," said Roger Staubach, perhaps the patron saint of Cowboys fans. "I sent Jerry a note recently and told him I feel the pieces are there and can be put in place. I wished him the best and to hang in there. I know he cares a lot."

Then Staubach dropped the hammer, the indisputable fact that overwhelms every love-him-or-hate-him debate -- those three Super Bowls.

New England is the only club to receive as many Lombardi trophies in the past 20 years. Heck, in the 43-year history of Super Bowls, only the Pittsburgh Steelers and San Francisco 49ers have won more than the three Dallas has earned on Jones' watch.

(It helps that Jones inherited Michael Irvin, was able to spend his first-ever draft pick on Troy Aikman and that the Minnesota Vikings gave up a stack of players and draft picks for Herschel Walker, commodities the Cowboys used to land Emmitt Smith and Darren Woodson. Aikman and Irvin already are in the Pro Football Hall of Fame and Smith, the NFL's career rushing leader, likely will join them when he becomes eligible next year. Woodson, meanwhile, retired with the most tackles in team history.)

Now Jones is driven by the challenge of winning with a new set of players, a group without Johnson's fingerprints and, as the years go by, without Bill Parcells able to soak up too much credit.

As this 20-year anniversary approached, Jones was far more interested in looking forward than back. Yet last week he gave a few thoughts about the road he's been down.

"It is beyond anything I could've ever imagined to be a part of the Cowboys and the NFL and sports for 20 years. I wouldn't trade anything for any part of it," he said. "From that standpoint, I feel fortunate. I couldn't have dreamed it would be as challenging, that it would be as rewarding."

Asked for any regrets, he said, "The positives far outweigh the negatives that I can think of."

But as soon as those words came out, Jones thought of something.

"Three is not enough."