LeBron James has faced Giannis Antetokounmpo as an opponent in the last three All-Star Games.

The Los Angeles Lakers' star got him as a teammate this year.

James used the No. 1 overall pick on Antetokounmpo — the NBA’s two-time reigning MVP from Milwaukee — in the draft for Sunday’s All-Star Game in Atlanta. Kevin Durant, who will not play in the All-Star Game because of injury but still is the captain for Team Durant, took Brooklyn teammate Kyrie Irving with his first pick.

At the end of February, Brooklyn Nets guard Kyrie Irving posted on Instagram that the NBA should change its logo from a silhouette of former Lakers player Jerry West to honor Kobe Bryant instead.

This is the fourth year of the NBA's playing captain format for the All-Star Game. James is 3-0, beating teams captained by Curry in 2018 and Antetokounmpo in the last two seasons.

“I just try to pick players that can complement one another,” James said during the draft that was taped Wednesday and aired Thursday night on TNT. “When we’re on the floor, we’ll try to play the game the right way. It’s the All-Star Game, so there’s going to be some shenanigans out there. But for the majority of the game, we’re going to try to play the right way and come out with a win.”

Durant had the first pick of the reserve round and took another Brooklyn teammate, James Harden with the opening selection there. James’ first pick among the reserves was Damian Lillard of Portland, Durant followed by taking Devin Booker of Phoenix, and James countered by selecting Ben Simmons of Philadelphia.

Ray Allen reflected on the life and legacy of his one-time NBA rival Kobe Bryant in an interview with LX News. Joined by his wife Shannon and son Walker, Allen said Bryant’s tragic death has reminded him — and should remind everyone — about living in the moment and appreciating what’s important.

Mitchell and Gobert, respectively, were the last two players taken despite being the only All-Stars from the Jazz — who hit the break with the NBA’s best record at 27-9.

“This is slander, America,” TNT analyst Charles Barkley said during the taping.

Durant took Mitchell, which left Gobert to James as the final selection. And James did his best to diffuse what he knows will inevitably be a topic of conversation — how the Jazz got snubbed during the draft.

The NBA and the National Basketball Players Association have committed more than $3 million to aid historically Black institutions as part of All-Star Sunday, with at least $1.75 million coming from the game itself.

Team LeBron will play on behalf of the Thurgood Marshall College Fund. Team Durant will play for the United Negro College Fund. Both organizations will receive $500,000 to start, and the winners of the first, second and third quarters will collect another $150,000. The team that reaches the target score and wins the game first will get $300,000 more.

“It’s an honor that we get to represent so many people and use this platform to help advance education, our youth, just the world in general,” Durant said. 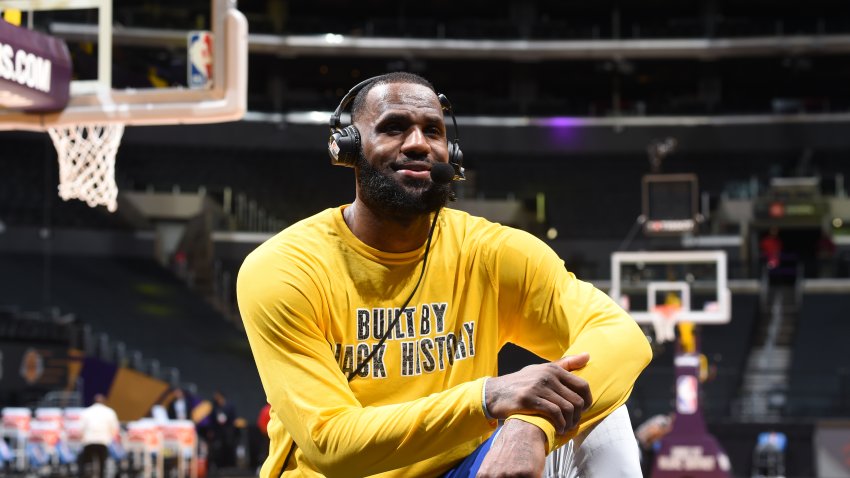 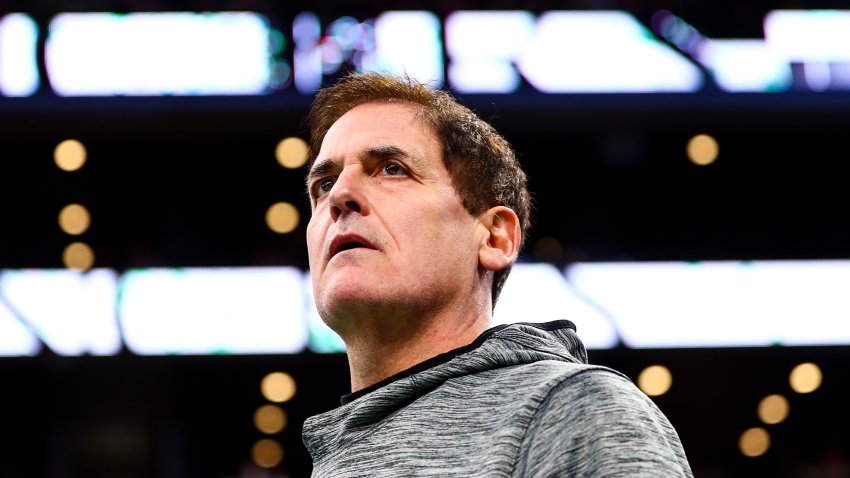 Mark Cuban: Crazy NFT Prices ‘Will Settle Down' Over Time, But the Tech Is Here to Stay

A few notes from the draft:

For the fourth consecutive year of this format, Embiid was not drafted by James. But it's not an anti-Philadelphia bias: James drafted Embiid's teammate Ben Simmons for the second consecutive year and will have him as an All-Star teammate for the third time; he swung a trade to get Simmons after Antetokounmpo originally drafted him in 2019.

Team LeBron might have defaulted into a pretty good last pick. All Gobert did last year in his All-Star debut was shoot 10 for 11, score 21 points and grab 11 rebounds in 19 minutes.

The Jazz, on Twitter anyway, took the high road after Mitchell and Gobert were the last two players selected. “The All-Star nod is a credit to the Jazz’s success this season, but also to the work it has taken to get here," the team wrote. Mitchell will play for Philadelphia coach Doc Rivers on Sunday; Gobert will play for Jazz coach Quin Snyder.

Mitchell and Gobert won't be the only All-Stars from the same franchise playing for different teams Sunday. Phoenix (Paul and Booker), the Los Angeles Clippers (George and Leonard) and Philadelphia (Embiid and Simmons) will be in the same boat. Technically, James and Lakers teammate Anthony Davis are on different squads as well; Davis, who is injured and will not play, was placed on Team Durant.

Rivers, who played in one All-Star Game, is coaching the game for the third time. It's Snyder's All-Star debut as a head coach.