With a public health crisis impacting spring practices, head coaches are finding ways to adjust off-season training amid a pandemic

Arlington Martin High School head football coach Bob Wager loves being around his players during spring workouts, but that’s not possible this year because of the public health battle taking place off the field.

“To say that I miss them would be an understatement,” said Wager.

Arlington High School head football coach Scott Peach feels the same way about his student-athletes during a spring unlike any other in his life. 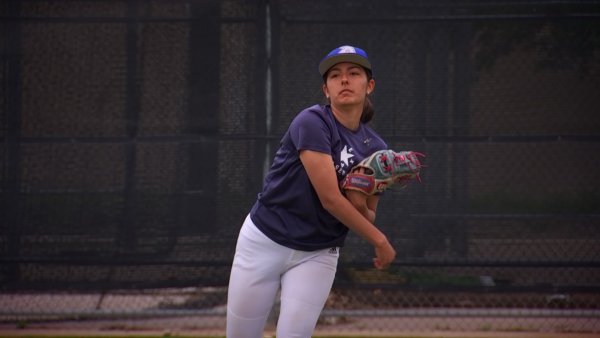 “As far as the day-to-day drill work that we get, the weight room, all those pieces are missing right now,” said Peach.

That has forced high school football teams throughout North Texas to adapt.

“We’re using a ‘sportsYou’ app right now to send out a daily workout, a nutrition tip, character development lessons every day, so I think from that standpoint it’s been a great opportunity for us to grow,” said Wager.

Peach adding, “What you learn is, once you implement these things, we won’t go backward, you know? We’ll continue to use these tools even when life goes back to the way we’re used to having it.”

Their hope is that things will return to normal soon, but the ripple effect from this time missed could be felt well into this fall.

“A lot of people are scrambling to find coaching staffs right now that may not get in front of the kids until then,” said Peach. “You don’t get spring football so you don’t have a chance to find out who can play and who can’t play in the spring.

Peach said every team will be in the same boat whenever they are able to return to the field.