The summer after you graduate from high school is an exciting one. Generally, it's spent with family and friends just before heading off to college or the next step in a young person’s life.

For Hailey Hernandez, the summer has been spent getting ready for the Tokyo Olympics after earning her spot with Team USA Diving.

“It’s incredible. It’s just the best feeling in the world. It’s always a dream to be a competitive athlete and going to the Olympics, but when you actually accomplish those dreams, it’s unreal. And knowing that all the hard work you put in actually paid off,” Hernandez said.

The decorated diver from Southlake-Carroll High School was seven when she started diving, following in the footsteps of her brother.

“He was a diver first and he has always been my biggest inspiration. I’ve always wanted to be just like him. When we were younger, he would teach me all the flips and tricks and that’s when I fell in love with the sport,” Hernandez said.

She beat the odds in more ways than one. The young diver in a field of nearly 30 divers rose to the occasion as one of two women making the Olympic team.

Hernandez said she is excited about this opportunity in the sport she loves, and she is ready to prove herself on the world stage. 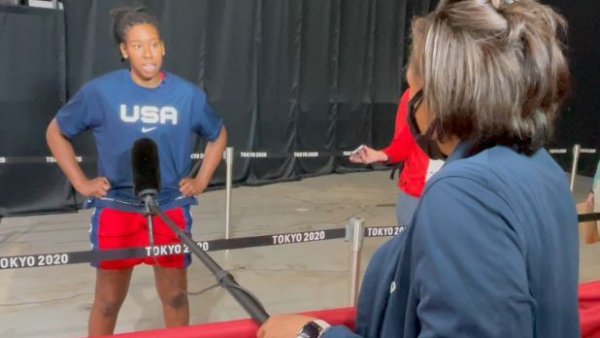 “It’s absolutely incredible. I know that Texas has so awesome and big into sports. Coming from an amazing state, I have so much pride. I can’t wait to go out there and show them what I got,” Hernandez said.

Pandemic restrictions mean that no fans will be allowed at the Olympics, so Hernandez’s family will have to watch from North Texas, but she said she knows they will be cheering from home.

Hernandez is headed to the University of Texas at Austin in the fall, hoping to add Olympic medalist to her resume.