North Texan Michelle Carter was ready to defend her gold medal in shot put, but then the pandemic hit. She’s had to wait an extra year for the Tokyo Olympics.  “It’s been slow,” she said. “I’m home all the time.”

The need to stay safe from COVID-19 forced Carter to re-think her training regimen. “I actually went back to my roots. I was practicing at home in the driveway with my dad, and that’s where I first started practicing. So it was kind of cool to have that full-circle moment,” she said. Carter also assembled a gym in her garage so she could continue strength training without risking exposure to the virus.

Carter said the pandemic has also given her added perspective on her remarkable athletic career. “I know that track isn’t everything for me. Even though I love track and field, but if I was to lose my husband, my mom or my dad or my sister because of my need or want to compete, then I think I would be devastated.”

But with the Olympics less than six months away, Carter said she’s itching to get back into competition. “It’s like I have to knock off a couple of cobwebs and get those juices flowing. But when I think about competing, I feel just as hungry as I did before. So it lets me know that I still have it in me.” 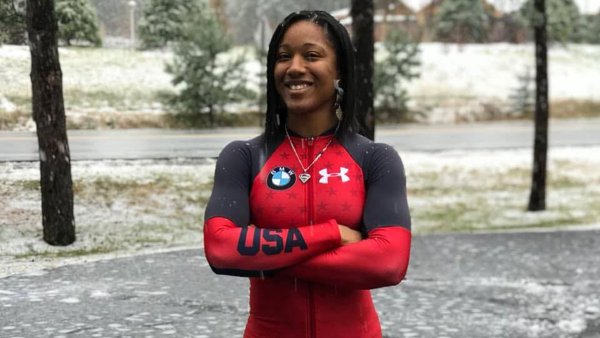 And even though Carter’s bid for a fourth trip to the Olympics has been on hold, she said her mission hasn’t changed at all. “My goal is still the same. I want to go back and get another gold medal.”

Carter must still lock down a spot on Team USA. The Olympic Trials are set for June in Eugene, Oregon. The rescheduled Tokyo Olympics begin on July 23.