The reality of being in an Olympics is better than the dream ever was for Chiaka Ogbogu.

“It doesn’t even compare,” Ogbogu said after she and USA women’s volleyball advanced to the semifinal game in the Tokyo Olympics. “I feel like I have just had a lot of childlike joy for this. Our biggest thing has been staying present and being where our feet are. To know that we have made it to the semifinals in a year of losses and a year of waiting. We are finally here. It’s amazing.”

The 26-year-old said this Olympics, more than ever before, has been about the team. Especially as they battled injuries to key players during group play of the Olympics.

“We have talked about weathering the storm. Anything can happen. We are playing our best volleyball. I have so much trust in this group. The work that we have put in off the court for this entire year has really paid off now,” Ogbogu said. “Volleyball is all about momentum and it’s just important for us to keep that momentum up and keep our teammates in the game.

Ogbogu, who was an All-American volleyball player at the University of Texas Austin, said her first Olympics hasn’t quite been what she expected, but it has given them all a chance to focus on the task at hand and has still been an incredible experience.

“Honestly if you would have told me in college that I would be here in this moment fighting for the chance at a medal, I wouldn’t have believed you. So I am just thankful to be in this spot. I couldn’t have dreamed it better,” Ogbogu said. 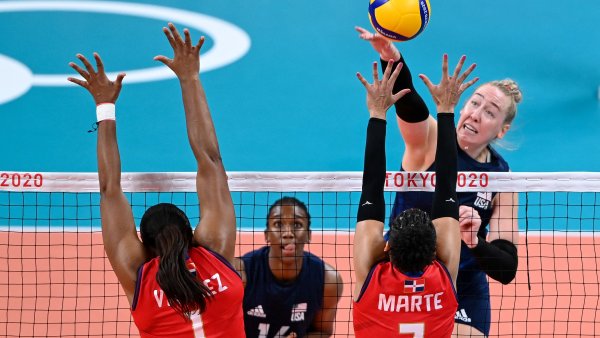 US Women's Volleyball Advances to Semifinals With Win Over Dominican Republic 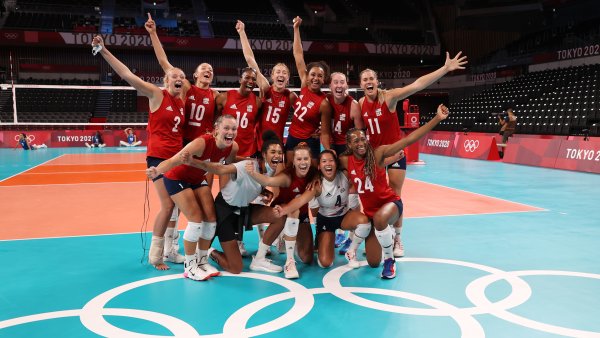 Ogbogu is very close to her family and wished that she could be with her during her Olympic experience but said they have been keeping in close contact throughout the Olympics.

“My parents and my family have just kept them in their prayers and reiterating that that as long as you stay true to your faith, gods got you and gods going to see me through and as we are seeing it playing out now,” she said.

USA women's volleyball is back in action Friday in the semifinals.