Why Did the Shib Sibs Choose Coldplay for Their Epic Free Dance? Answer Is a Big ‘Duh'

Maia and Alex Shibutani, also known as the “Shib Sibs,” have been ice dancing together since 2004. They entered Pyeongchang the most decorated of the three American ice dance teams competing. On Monday, they added to their titles, taking home the bronze medal after performing their free dance to Coldplay.

Sochi was a turning point for the ice dance duo. They felt like they needed to mature after placing ninth at the 2014 Games. In 2014, Maia was 19 and Alex was 22 years old. Up until that point they had let coaches and mentors guide their way. But after Sochi, they felt they were ready to take charge.

Choosing Coldplay was no coincidence for the sibling duo. 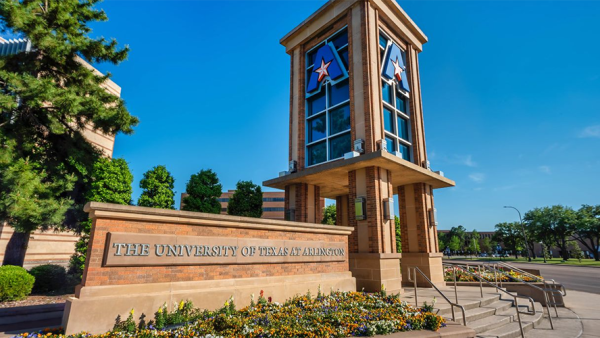 UTA Welcomed Back to the WAC

The siblings are musically inclined, literally having music genes in their blood. Their parents met as Harvard musicians.

Maia and Alex Shibutani have said that they wanted a moment with the audience. They always like an angle that hasn’t been done before and matches the uniqueness of the sibling duo. They also emphasized the importance of liking the music you choose, because you listen to it so many times.

There’s more to picking music than just liking a song. There are rules a song must fit for use in competition. Interpretation of the music/timing is an actual category ice dance teams are judged on. The free dance has no required musical genre, unlike the short dance. However, the music must be arranged so that it has a rhythmic beat and creates an “interesting, colorful, entertaining dance program with different dance modds or a building effect.” The duration must be between 3:50 and 4:10 minutes... enter Coldplay.

For the 2015-16 season, they used Coldplay’s “Fix You” to win their first national title. Like most athletes when something works, they decided to stick with it. From there, they decided to come up with a connecting trilogy of free dances. The trilogy would take them through the next two competition seasons, culminating in Pyeongchang.

Building to the 2016 Nationals was the first time the Shibutanis chose a song with an actual connection to them. The title resonated with the siblings. It resonated with the audience, too; they received a resounding standing ovation when they finished.

They were trying to fix their growing pains. They had won a bronze medal at the 2011 World Championships, a breakout moment for them. But, they hadn’t reached a World podium again. Coldplay's "Fix You" literally begins “When you try your best, but you don’t succeed,” something the two had been dealing a lot with in recent competitions.

For many, this was considered a coming out party for the Shibutanis. It signified they had matured from their ninth place finish in Sochi and were ready to seriously contend on the national and international stage. They were no longer the “cute” siblings. It was their first senior title.

Later in 2016, they flew to Boston to attend a Coldplay concert, where they met the group for the first time.

The following season they titled their free dance “Evolution.” It wasn’t actually a Coldplay song, but it followed the same artistic style as Coldplay. The team repeated as national champions. The beat American rivals Madison Chock and Evan Bates by 1.01 after placing first in the short dance and second in the free. They also captured their third world medal, a bronze at the 2017 World Championships in Helsinki.

For the season leading up to Pyeongchang, and at the Games, they decided to return to Coldplay, choosing their song “Paradise.”

Last September, the siblings went to Las Vegas for two days to attend the 2017 iHeart Music Festival where they met Coldplay again.

After the encounter, Alex Shibutani tweeted out that “We have persevered, and fought for each other and our dreams.”

Coldplay was in the midst of their “A Head Full of Dreams Tour.” It obviously resonated with the siblings.

“Their music has helped and inspired us to become the skaters we always hoped we could be. When we skate to Colplay, we are Maia and Alex. We are truly ourselves. We tell our story, dream our dream, and live in our Paradise.”

Entering PyeongChang they were two-time national champions and three-time world medalists. But, could they win a medal on the biggest of the international stages at the Olympics?

A lot has been made about the maturation of the Shibutanis. At this level of competition, it is extremely rare to see sibling partners. Being siblings forced them to think outside the box of romantic themed programs that other teams can pull off with more ease. It is a challenge they have had to overcome as they compete. For the siblings, Coldplay - not love - brings out the deep connection.

The siblings told Entertainment Weekly that their song choice for the 2018 Winter Olympics is a result of how much they’ve matured since the 2014 Games. Just by choosing Coldplay it shows they’ve grown. In 2014, they picked songs by Michael Jackson just because they thought they were cool songs to dance to. This time around, they chose Coldplay’s “Paradise” because they knew that they could connect to it.

Alex told EW, they were choosing a Coldplay song title that again connected with them. They wanted PyeongChang to be their “Paradise.”

Maia chimed in that the message of the song was perfect. “Paradise” talks about following your dreams and believing in yourself. Something obviously any Olympian or viewer at home could connect to.

Maia and Alex aren’t the only Americans choosing Coldplay for the 2018 Olympics. Teammate Adam Rippon picked Coldplay’s “O”. The song was the first Coldplay song the duo danced to back in 2014-15 as an exhibition song.

It being an Olympic year, the Shibutanis knew they’d be dancing in front of large diverse audiences. They needed a song people would react to, and there’s actual proof that audiences have loved Coldplay performances so far.

Coldplay trended on Twitter on the nights it was performed in the team event. After Rippon performed “O,” it was trending on the iTunes purchase chart (it was released four years earlier). Three days after it helped Rippon to a strong performance, Coldplay helped the Shibutanis clinch the bronze medal in the team event.

Monday night represented the culmination of the maturation process for the Shibutanis. Four years after leaving Sochi disappointed, the sister-brother duo secured their bronze medals. They were the first set of siblings to win an Olympic figure skating medal together since France’s Isabelle and Paul Duchesnay in 1992. They were the first ice dance team of Asian descent to ever win a medal at the Winter Games.

The Shibutanis can leave PyeongChang, their paradise, knowing hopes and dreams really do come true.