Even though the Dallas Cowboys still have a path to the playoffs, there's a feeling of inevitability in one of the most disappointing seasons for Jerry Jones in 30 years as owner and general manager.

The sense of doom starts with coach Jason Garrett being in the final year of his contract having led an underachieving team with a 4-8 record since a 3-0 start fueled talk of a Super Bowl for a franchise that hasn't been to one since the last of five championships to finish the 1995 season.

Losing in Philadelphia 17-9 with a chance to win the NFC East left the Cowboys (7-8) needing a victory at home over Washington and a loss by the Eagles at the New York Giants on Sunday to make the playoffs.

And even the ever-optimistic Jones didn't mention that one remaining scenario in very brief comments -- unusual for him -- after the game.

"Frustrating," quarterback Dak Prescott said. "I've sat here after every game, pretty much - win or lose - and said the good part about it is we control our own destiny. That's gone."

Prescott and Ezekiel Elliott started the season believing the fourth year together for the former rookie sensations could be special. The timing of the two-time rushing champion ending a preseason-long holdout and signing a $90 million contract the morning of the first practice of the regular season had the feel of a final piece in a title push. 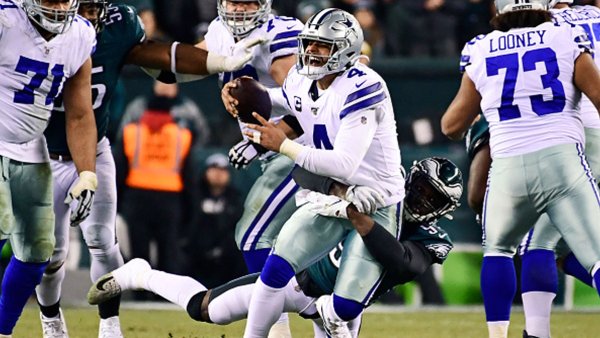 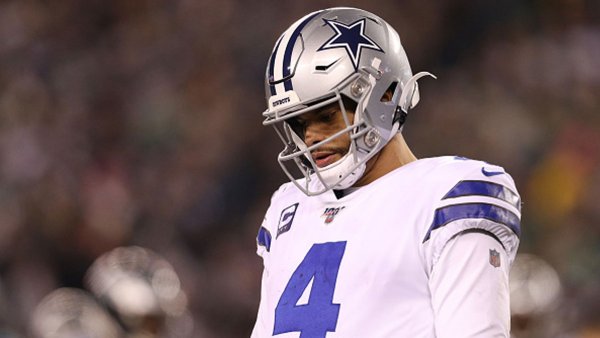 Instead, they're on the verge of repeating the on-again, off-again pattern that has defined the past six seasons under Garrett. An 8-8 finish without a playoff spot would feel quite familiar, too. That's how the first three full seasons under Garrett ended from 2011-13.

As usual in times of struggle for the Cowboys, questions about Garrett's future were front and center. His answers have never changed.

"The biggest thing we have to do is to try and process this game, learn from it, and move forward," Garrett said. "Go and have a great practice on Wednesday and preparation for Sunday."

WHAT'S WORKING
Receiver Michael Gallup has made significant development in his second season. He was the leading receiver for the fifth time this season with 98 yards against the Eagles. Gallup has his first 1,000-yard season and will likely more than double the 507 yards he had as a rookie.

WHAT NEEDS HELP
The Cowboys have built their identity around Elliott and the running game, and the inconsistency in that area has mirrored the team's hit-and-miss nature overall. A week after running for a season-high 263 yards in a 44-21 throttling of the Los Angeles Rams, Dallas had 54 against Philadelphia.

Elliott (47 yards) was held under 100 for the sixth time in seven games. It was his fourth game with fewer than 50 yards. Elliott didn't have more than one such game in any of his first three seasons.

STOCK UP
Kicker Kai Forbath might have earned a roster spot to start 2020, if not with the Cowboys then probably another team. He's made all six kicks in two games since Dallas cut the unreliable Brett Maher. Forbath played just one other game this season, two weeks before his Dallas debut. The 32-year-old hasn't kicked full time since 2017.

STOCK DOWN
Prescott said his injured right shoulder wasn't the problem, but he had several poor throws in critical moments against the Eagles, including an overthrow when the speedy Tavon Austin was behind the defense. Put Amari Cooper in here, too. The club's No. 1 receiver hasn't played that way for six weeks. Cooper had a huge third-down drop that cost the Cowboys a conversion.

INJURIES
LB Joe Thomas didn't make it through the game because of a knee injury, forcing Malcolm Smith to play more than expected just five days after signing with the Cowboys. Smith was part of a blown assignment on a 38-yard catch by Greg Ward Jr. that led to Philadelphia's touchdown for a 17-6 lead.

KEY NUMBER
24 -- If the Cowboys don't make the playoffs, that will be the number of consecutive seasons without even a trip to the NFC championship game since Dallas became the first team to win three Super Bowls in four years.

NEXT STEPSThe Garrett watch is on, and it appears the only thing that can get him a new contract is a highly unlikely playoff run if the Cowboys even get in.