Dallas Cowboys punter Chris Jones is in the middle of the craziest stretch of his life.

Immediately after the Cowboys' win over Baltimore on Sunday, he rushed to the hospital to join his wife, Sara. Post-game traffic slowed him down a couple of hours but he made it to the hospital in time where she was scheduled to induce labor that evening.

Around 5:45 p.m. on Monday, Jones became a father to a daughter named Magnolia Ryan. He tried his best to describe the feeling of being a dad for the first time.

Cowboys to Return to Oxnard For Training Camp in July 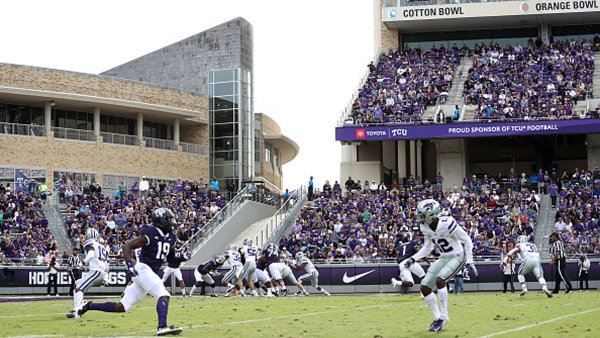 Abbott Signs Bill That Allows College Athletes to Profit Off Their Names, Likenesses

"You can't even put that into to words. Seeing that happen, and over the past, watching the transformation of my wife and going to the doctor's visits and seeing that stuff, it's a blessing," said Jones.

The punter is still wearing his hospital bracelet, and the healthy mother and baby have not been released. Jones admitted that he changed his first diaper on Tuesday morning prior to the Cowboys' practice.

The punter is planning to play in Thursday's game against Washington.