Kody Clemens had just launched another massive postseason home run when he stared hard into the opposing dugout and flashed the "Hook `em Horns" hand sign.

It was the sort of bravado that has come to define the Clemens name at Texas and in baseball in general. And like his father Roger did more than 30 years ago, Kody Clemens has led the Longhorns back to the College World Series with outsized confidence and the talent in a big bat to back it up. 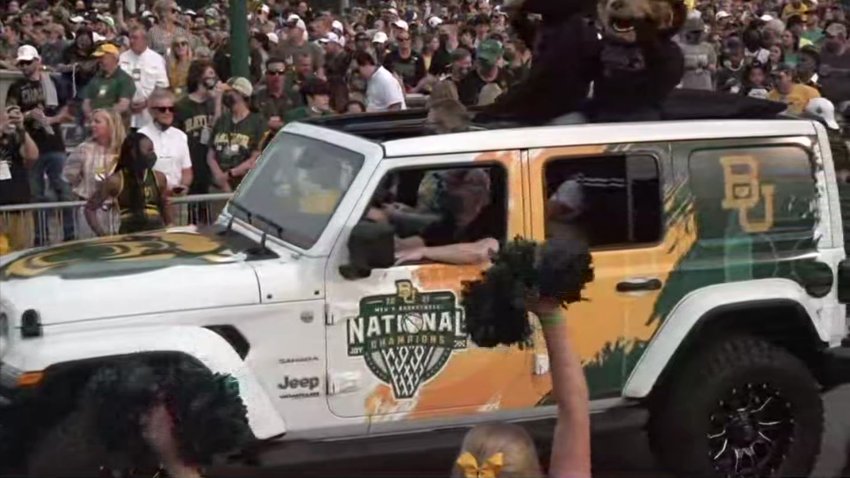 There's a genuine curiosity just where the ball will land after he makes contact -- and what he will do when rounding the bases. Clemens ignited the Longhorns in an NCAA regional win over traditional rival Texas A&M when he stared into the third base dugout as he trotted home after launching a three-run homer in an 8-3 win.

"If you don't like it," Texas A&M coach Rob Childress told his players after Clemens' icy stare, "make a better pitch."

Clemens wasn't done. In the super regional against Tennessee Tech, he smashed another long shot and flipped his bat before flipping the hook `em sign at the dugout as he rounded third. The blast came in a 4-2 win that kept Texas alive in the tournament. He hit his third homer of the super regional in a win that sent Texas (42-21) to the College World Series for a record 36th time. Their opener comes Sunday against Arkansas (44-19).

Clemens hit just five home runs in a designated hitter role last season after Tommy John surgery. His 24 homers this season rank second in school history behind Kyle Russell's 28 in 2007. He is 11 of 22 with five home runs in the postseason.

The theatrics after some of the biggest ones conjure memories of the feistiness of his father, who won seven Cy Young awards in the major leagues. Roger Clemens once threw the shards of a shattered bat toward Mike Piazza in the 2000 World Series, a tense moment that caused both benches to clear.

Roger Clemens pitched Texas to the 1983 College World Series title, going the distance in a 4-3 win over Alabama to clinch the title. Kody Clemens will be the third Clemens to play in the College World Series with Texas. His older brother, Kacy, made it there with the Longhorns in 2014.

On Wednesday, Kody Clemens stood in front of television cameras near the Texas infield to answer questions about the upcoming trip to Omaha. Over his left shoulder and high in the stands was the name "Roger Clemens, 21" as his dad is among those honored at the stadium with his retired jersey number.

"He's excited," Kody Clemens said of his father. "He's been pushing me, pushing this team, telling us to keep doing everything right. He's excited to go out there and watch us play on that stage."

"I'm just going to keep doing what I'm doing, see the ball well and have the same approach every at bat," Kody Clemens said.

He joked that his dad remains so competitive he could probably still strike him out, even at age 55.

"I don't know if I could hit that split," Kody said.

Few pitchers have been able to handle Clemens this season. He is batting .356 with 15 doubles and 72 RBI. He was drafted in the third round by the Detroit Tigers.

Texas coach David Pierce called Clemens the leader on the field and in the dugout.

"He's been a guy that guys gravitate around and they like him," Pierce said. "There's no arrogance or anything. He's one of them, a teammate. In their eyes, he's no more important than the bullpen catcher or the student manager, and that's the way we do it around here.

"But in the game he's probably a little more important," Pierce said.