No. 4 Oklahoma could hardly wait to get started on what the Sooners hope is another perfect final month of the regular season under coach Lincoln Riley.

The last seconds were ticking down in a blowout win over Texas Tech on Saturday when Sooners defensive lineman Isaiah Thomas heard linebacker Nik Bonitto say on the sidelines, "It's time for championship November."

To which Riley replied, "I'm already in championship November," according to Thomas.

The undefeated Sooners (9-0, 6-0 Big 12) have a bye week to prepare for what's left: games against the three teams directly behind them in the standings that all have a shot to reach the Dec. 4 conference championship game.

It's a tough task, for sure. Then again, Oklahoma is 14-0 under Riley as a head coach in November.

"The older guys that's been here, even the coaches, know it's just a different aura around here. It's a different environment, a different type of atmosphere," said Thomas, a senior. "For us as a team, we know we've got to play our best ball, because that's what we do here. It's not just something we say. It's a culture.

"You can see that with (our) recent teams that we play our best football in the month of November. And we're going to try to let the young guys know that."

A young guy leads them on offense. Quarterback Caleb Williams, one of the nation's top freshmen, has thrown for 875 yards and 12 touchdowns in three starts since taking over for Spencer Rattler.

"There's some things, just for him, that he does at a young age that are really impressive," Riley said. "He's got a good calm demeanor about the game. He's done a good job in scramble situations here early in the season. He does a good job not getting too high or too low. I think there's a certain feel that he has on some things that are good. And I would expect him to continue to get better."

That could be a challenge. The Sooners play at No. 14 Baylor on Nov. 13, home against Iowa State on Nov. 20, then finish the regular season with the Bedlam game at No. 11 Oklahoma State on Nov. 27.

Oklahoma State and Baylor are tied for second place with identical 7-1 overall and 4-1 league marks. The Cowboys beat the Bears last month.

Oklahoma State's Mike Gundy has one Big 12 title in his 16 previous seasons. He's chasing his second with one of the league's top defenses. The Cowboys have not allowed more than 24 points in a game this season. 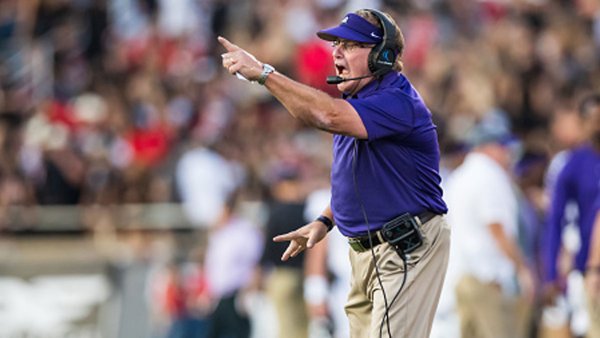 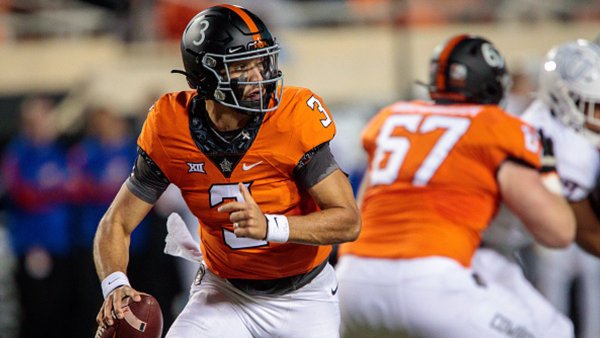 Baylor coach Dave Aranda, who has turned the Bears around from a 2-7 season in 2020, would rather his players think about how to improve themselves, not on the conference race.

"It's getting into a rhythm. It's about winning the day," Aranda said. "Anything outside that, you risk thinking about things that you really can't control. I think the ability to play each day and bring our best, bring our standard, I think it's crazy how a lot of stuff will come to you if that's the case."

Iowa State (5-3, 3-2) fell into fourth place after losing at West Virginia last week. The Cyclones will need some help in order to return to the championship game for the second straight season.

Oklahoma has won the conference title game each year since it resumed in 2017, part of six straight Big 12 championships for the Sooners. They're also seeking their fifth berth in the College Football Playoff, and the fourth in Riley's six seasons as head coach.

There's been plenty of drama in the league already. TCU (Gary Patterson) and Texas Tech (Matt Wells) both made coaching changes in the past two weeks after losses to Kansas State.

Under first-year coach Steve Sarkisian, Texas has lost three straight for the first time since Charlie Strong's final three games in 2016. The Longhorns haven't dropped four in a row since 2010, when they finished 5-7.

"Clearly we're in the midst of the struggle, and the only way to get over that hump and to get through it is to have grit and determination and perseverance and to ultimately breakthrough," Sarkisian said. "I believe that we will. I think our morale's in a good spot."

Nine of the 10 Big 12 teams have a shot at becoming bowl eligible.