Colorado came out firing from the outset, striking first with a first period powerplay goal from center Ed McGrane.
A Konrad Reeder tripping penalty gave the Brahmas an opportunity to even things up though, as Jason Deitsch netted his fourth goal of the series.
The teams went to the dressing room for the first intermission tied at one. 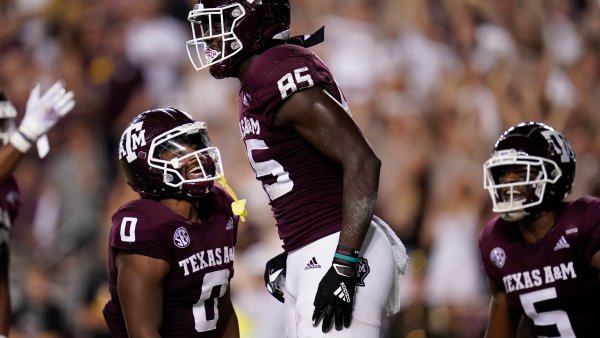 Texas wasted no time getting started in the second frame. Brandon Benedict scored just 30 seconds in; Deitsch struck yet again with his second powerplay goal of the contest, only about a minute later, to give the Brahmas a 3-1 lead.
Jordan Cameron continued the onslaught with an unassisted powerplay goal near the halfway point of the period.
Colorado’ Aaron Schneekloth scored a powerplay goal to pull the Eagles back into the game, but his efforts were nullified when Grant Jacobsen netted a powerplay goal of his own towards the end of the period.
Texas went into second intermission up 5-2.
Jason Deitsch scored an empty-net goal to complete a hat trick, and put the proverbial nail in the coffin.
The five-game series win gives the Brahmas their first championship in franchise history.
Copyright FREEL - NBC Local Media