Even after Dak Prescott rushed for 82 yards and a touchdown last week, the Washington Redskins aren't zeroing in on stopping the Dallas Cowboys quarterback.

"We don't really care about him running," linebacker Zach Brown said. "Him running is not really our concern."

Their concern is Ezekiel Elliott, the Cowboys' top running back who's coming off 106 yards and a score against Jacksonville. After seeing Cam Newton with Carolina, the Redskins are prepared for Prescott, but after ranking last in the league in run defense last season -- including allowing 351 yards in two games against Dallas -- the Redskins know it all starts with containing Elliott.

"Definitely with their O-line, their running game is something that definitely jumps off on film," linebacker Mason Foster said. "You don't want to start thinking about Cam Newton or thinking about Dak Prescott so much that you're letting Zeke and (Panthers running back Christian) McCaffrey run free because those are the guys who really can hurt you." 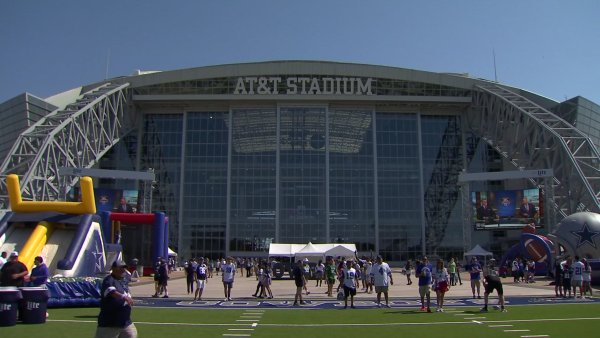 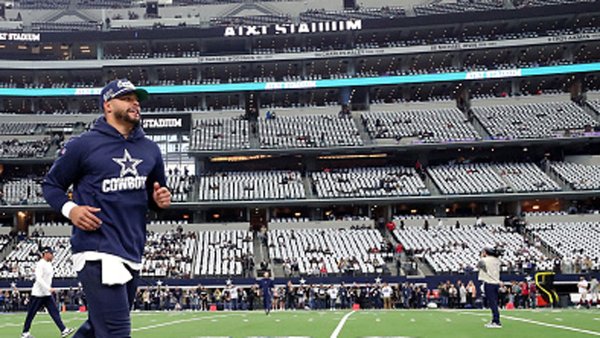 Amid plenty of inconsistency , Washington has not allowed an opponent to rush for more than 104 yards in a game so far this year. Newton was the Panthers' leading rusher when they had just 81 yards on the ground.

"One of our things is trying to make a team one-dimensional because we know if you put it in the air, you eventually might make a mistake," Brown said. "The run is just something we've got to make sure we stop. If a team can run the ball on you, they can kind of control the game. So we've got to make sure they're not running that ball on us."

The big difference for the Redskins this season is the addition of first-round pick Daron Payne and the return of a healthy Jonathan Allen on the defensive line. The Alabama products plus young defensive linemen Matt Ioannidis and Tim Settle finally give Washington the muscle up front to handle prolific running attacks.

Sean Lee is practicing for the first time since injuring his hamstring against the Seahawks. NBC 5 Sports Director Newy Scruggs and Cowboys Insider Jean-Jacques Taylor examine how Lee's return will change the linebacker rotation for Rod Marinelli's defense.

"Having Jon Allen back, Ioannidis fully healthy, Ryan (Kerrigan) -- all these guys are physical up front, closing gaps," Foster said. "Guys are going to bust runs or guys are going to make plays, but it's about limiting those plays and making them earn it."

The Cowboys' diverse run schemes present what Redskins coach Jay Gruden called a big challenge for Payne, Allen and the young defensive linemen. But those guys think they're plenty prepared to handle the dual-threat ground game of Elliott and Prescott.

"Just hit them in the mouth, get the O-line going backwards, win the line of scrimmage," Settle said Wednesday. "They got to block us. We don't have to worry about them. They got to stop us from accomplishing what we want to accomplish. I feel like the more focused we are, the more dominant we play."

No one is calling the Redskins' defense dominant quite yet, but the organization zeroed in on Payne with the concept of him being a difference-maker against the run and the pass. Elliott running all over them contributed to the decision to take Payne 13th overall.

"When you have a weakness, you've got to address it," Gruden said. "Daron Payne was, we thought, the best run-stopper -- him and Vita Vea -- in the draft and we were lucky to get him. Obviously we paid it huge consideration for adding a player of that caliber."

Payne has been every bit of what coaches expected, but he can't stop Elliott by himself. Safety D.J. Swearinger said defenders are thinking, "We've got to find ways to stop 21" and let the rest of Dallas' offense beat them.

That's what Gruden wants to hear, putting the emphasis on gang-tackling a running back who doesn't go down easily.

"These one-on-one tackles against Zeke are easier said than done," Gruden said. "Great backs can make the unblocked player miss or run through them for another 5 or 6 yards, and that's what he's done in his career. ... There's always going to be a free guy coming, and that guy has got to make his presence felt and make that tackle or at least hold him up for when other guys can get off blocks and make the tackle."